Victorious Despite A Few Incidents

In the past months, four incidents happened.  On a Sunday morning while we were at church, thieves broke into our house through a window and they stole our armed security guard’s gun. Then, a heavy truck hitted our truck that was parked in front of the church.  The box frame was demolished, but it was replaced.  There was no other damage.  Ten days later, as Michel put his flasher to turn left into the church’s driveway, a big car passed him and hit him on the left. Thank God, the damages are not so important. Then, thieves broke into our house again while we were at church for our Friday afternoon service. They broke our kitchen iron door and they stole two laptops and a tablet.

But God is victorious!  In the past two years, quite a few people have been healed of different diseases.  We pray God that it will continue because His name must be glorified among the unsaved and the Christians.

Early this morning while doing visitation in Clerville, we met two ladies who were sick.   A grand-mother who has suffered from a back pain for a few years, was instantly healed. Another one who did not want to be photographed  was healed of  generalised aching. 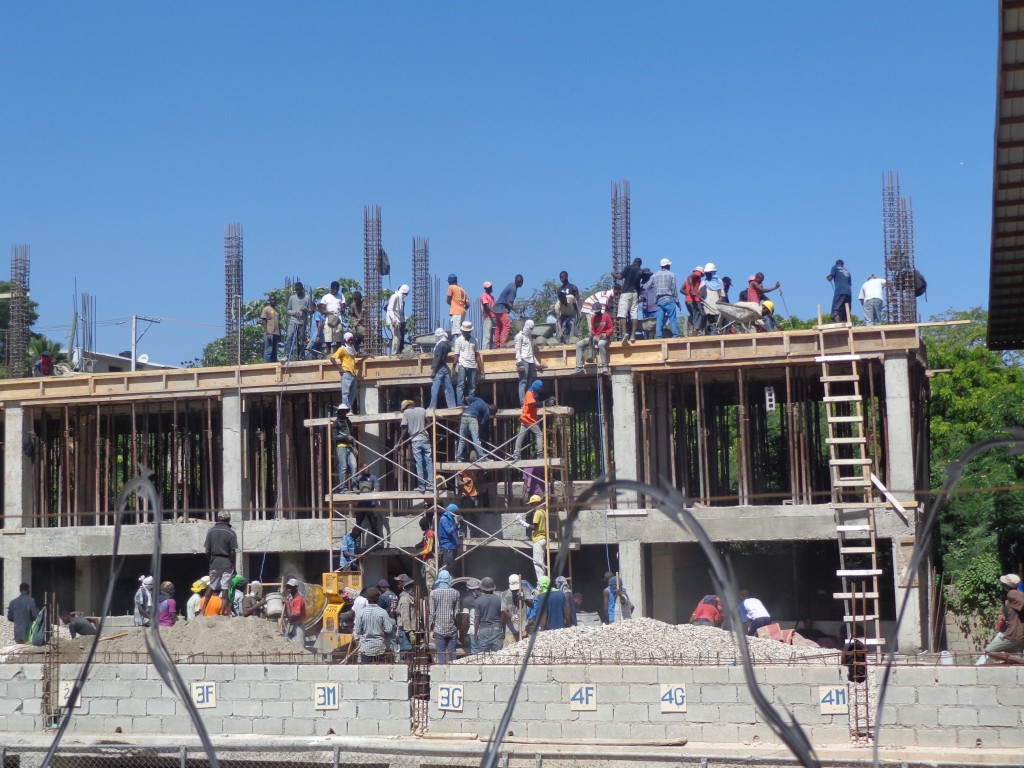 We poured concrete on the third floor of the building housing twelve classrooms.  Soon, the walls of the third storey will be completed.

The first storey of the building is occupied by the grade 8 to 10 students.  On September 27, four more classrooms will be ready to accueillir two groups of  7th graders and two of 6th graders.  On October 2, the prefab roof will be
delivered, right on time for the arrival of the team who will install it.   God is good all the time!

We plan on building two more classrooms to accomodate more students, an infirmary, some offices and a guest house.  Please pray that some people will take at heart to give money for these projects to be completed.

In September 1986, we arrived on the Ivory Coast, West Africa, with two children and a third one on the way.

The culture was very different from ours.

In August 1996, we arrived in Haiti and we are still there.

Four seasons in our lives.  We count it a pure grace that anyone supports our ministry.  We are always amazed to see what God is doing. The more we grow up, the more we want to see His glory.  We wish to be able to put some time aside to visit you and your assembly.