THANK YOU FOR FIGHTING THE GOOD FIGHT

The battle as told by a child who lives with us: ‘’In my dream, the devil appeared to me. He had three eyes. He was very ugly. I got on my knees. I prayed to God and he left. Then a demon came before me and I kneeled to pray. The demon stood there. After that, an Angel of three floors of height appeared to me. He withdrew his sword and threatened the demon. The demon fled. I was in a garden full of fruits and vegetables. I put my hand on a tree and it grew and grew. The demon touched the tree and it died. Many angels descended from heaven. I kneeled down to pray. The angels said: Glory to God! The sun appeared and everyone was beautiful.’’ 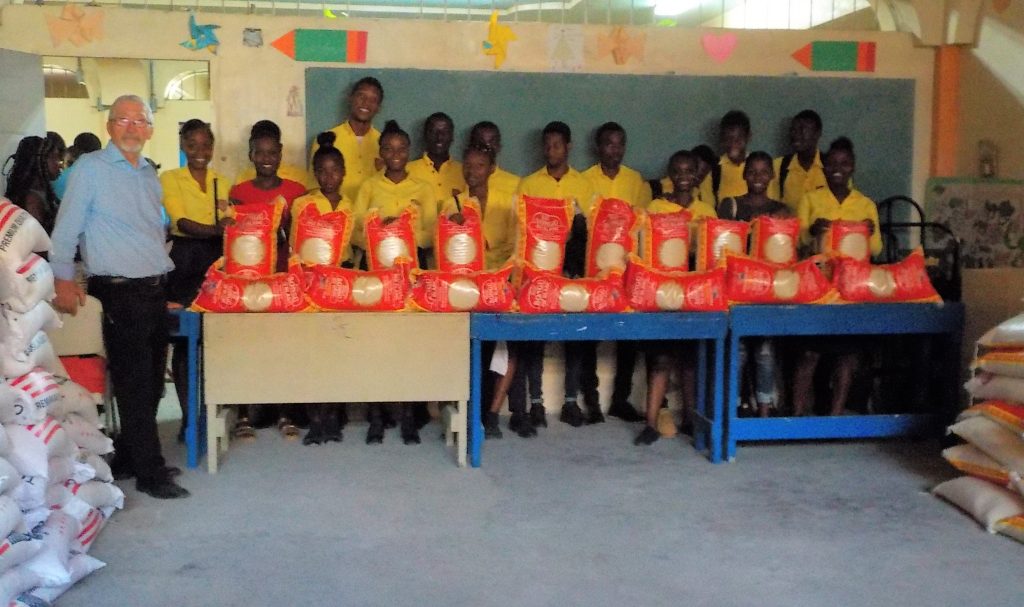 An important donation from Carrefour Chretien de la Capitale in Quebec city benefits a few thousands of people.  It was a day of celebration. 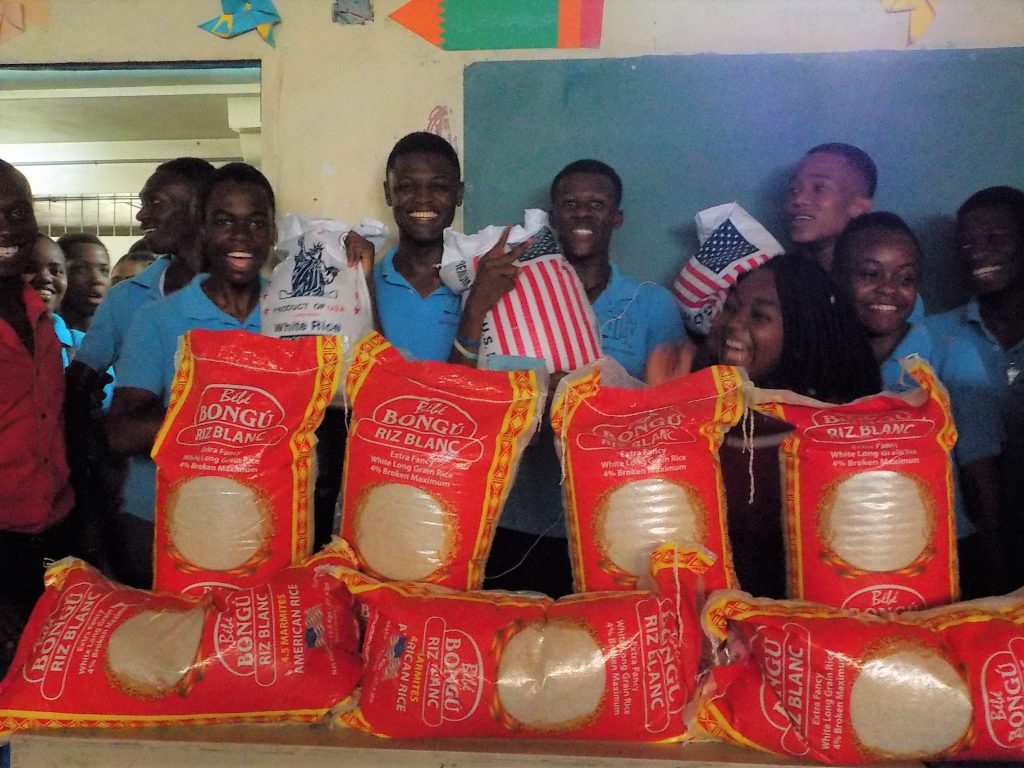 A lady who has her two daughters in the Child Care Plus program lost everything to the fire. Her wooden house burned completely. We are thankful for a donation received from a church. We were able to help her somehow.

Another school year came to an end. It has been a difficult but rewarding year in many ways. Twenty-six students complete their 13th grade. More than sixty Grade 9 students took the state exams. We are waiting for the results.

At the beginning of the graduation ceremony, our generator broke down. We had to rent our neighbour’s facilities to get electricity. But everything went well or almost. 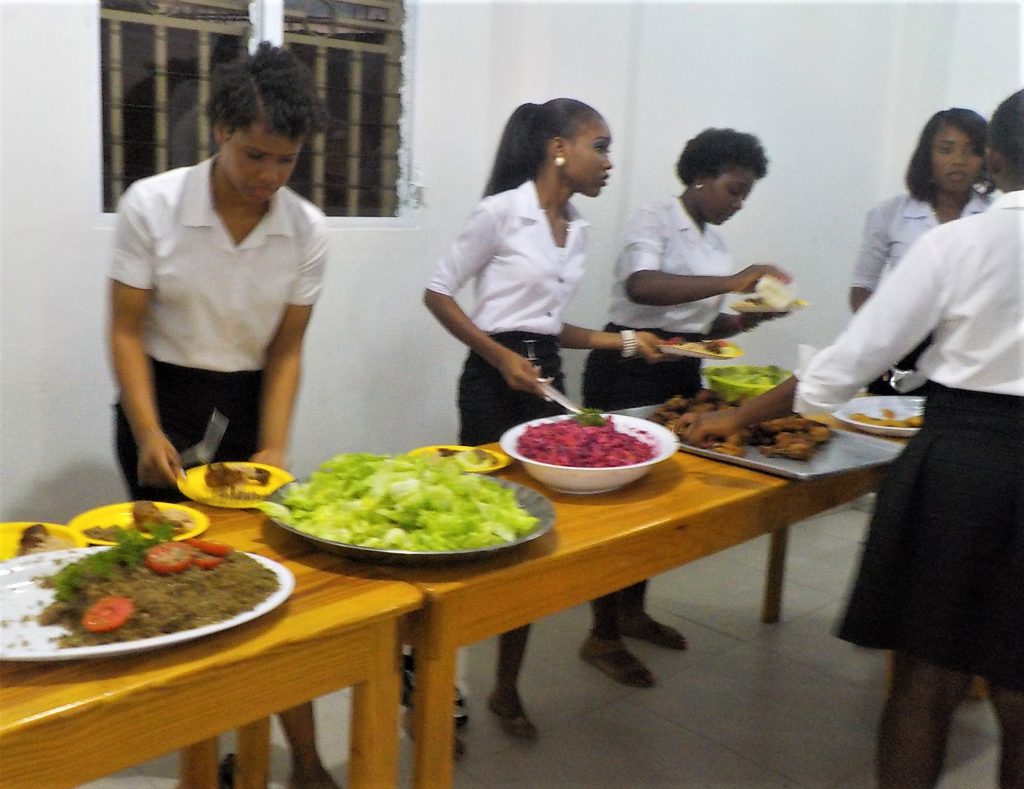 All the meal’s dishes had to be transported from one building to the other.

Our school board and the administrative secretary on the left.

Michel reports:  »I attended the Quebec District Conference in May. I was so blessed to see the friendship and humility between the participants. It was the best conference in the Quebec district I’ve ever attended. »