She is such a good girl, she will go to heaven!

When I was a little girl, my mother used to say:” Louise is such a good girl. She will go to heaven someday.”  She spoke like that because I helped a mentally challenged girl to do her homework.  Unfortunately, when I grew up, my mother never spoke of me like that again!  But every time she said that I would go to heaven, deep down inside, I knew that I was going to hell.  Every night before going to sleep, I would recite the “Act of Contrition” several times trying to concentrate on each word, thinking that this prayer would send me to heaven. But nothing helped.  The feeling of my lost persisted.  The Bible says that God put the thought of eternity into our hearts.  At 21 years old, when I gave my life to the Lord, I received the assurance of my salvation in a vision. In the picture, I am at the front and at the left. 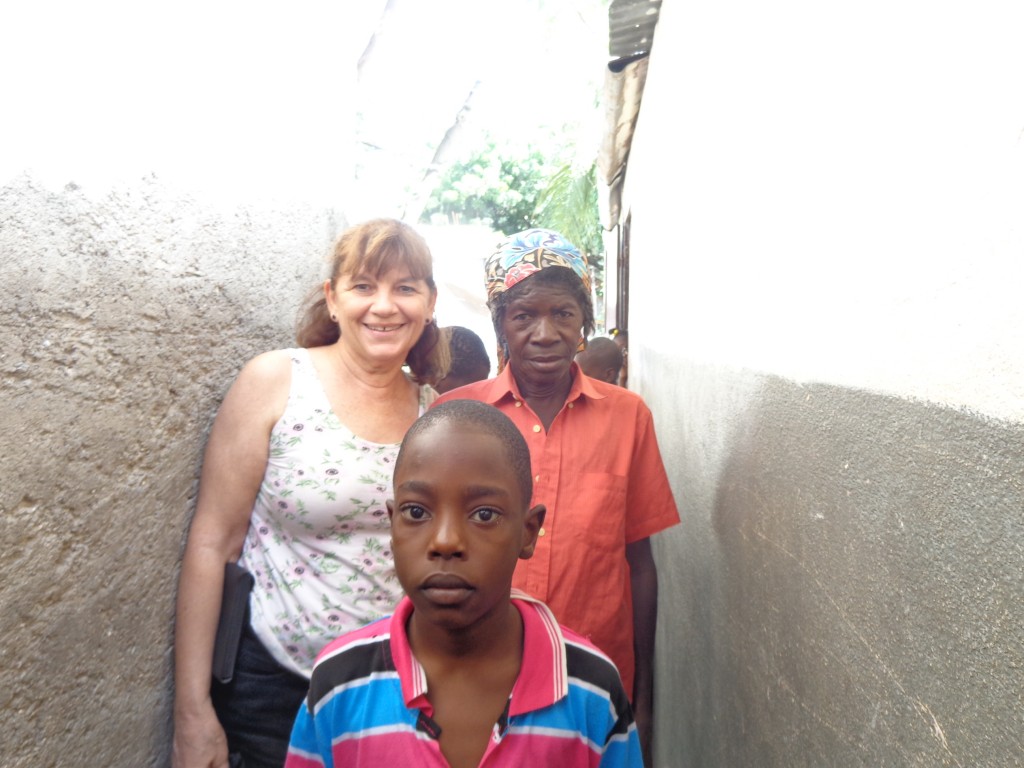 During our home visitation in July, we prayed for an elderly lady who suffered from a bad heart and a back ache.  She was healed of both at the same time.  This past May, we prayed for the little boy shown in the picture. His mother told us that he would vomit every day after eating.  When we returned two months later, he said that he has never vomited again after being prayed for. 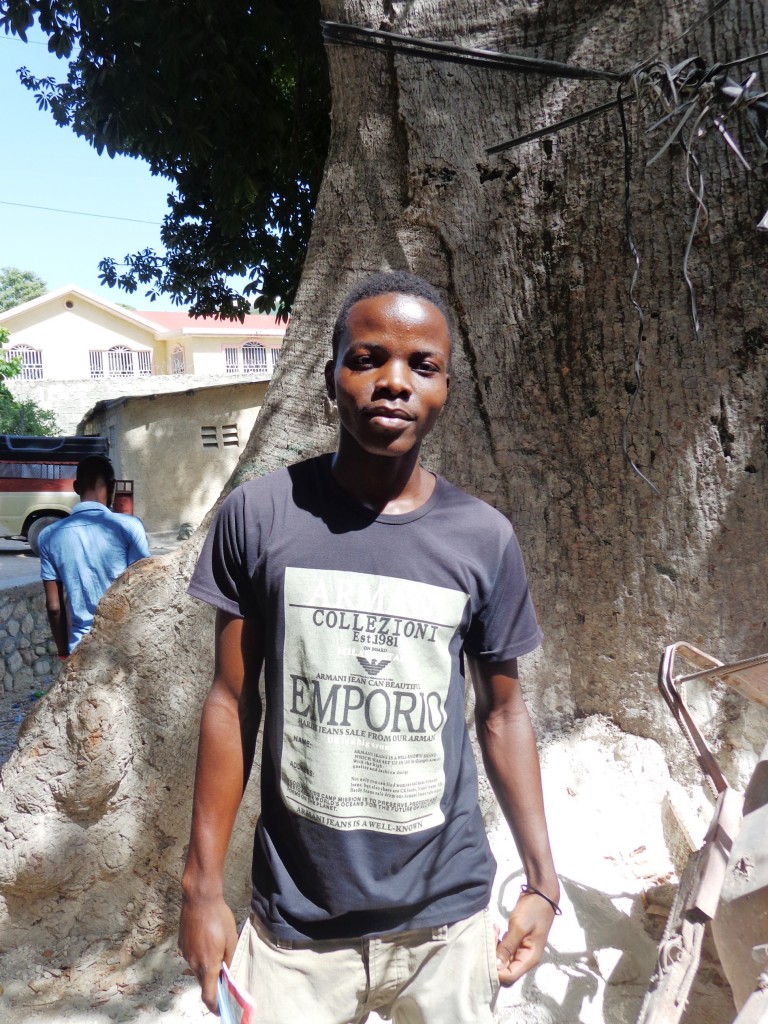 This young man that we met in a ravine said that he suffered from heart pain for the past four years.  After we prayed for him, the pain was completely gone.  A few days earlier, at our house, a girl who had terrible menstrual pain, received healing. 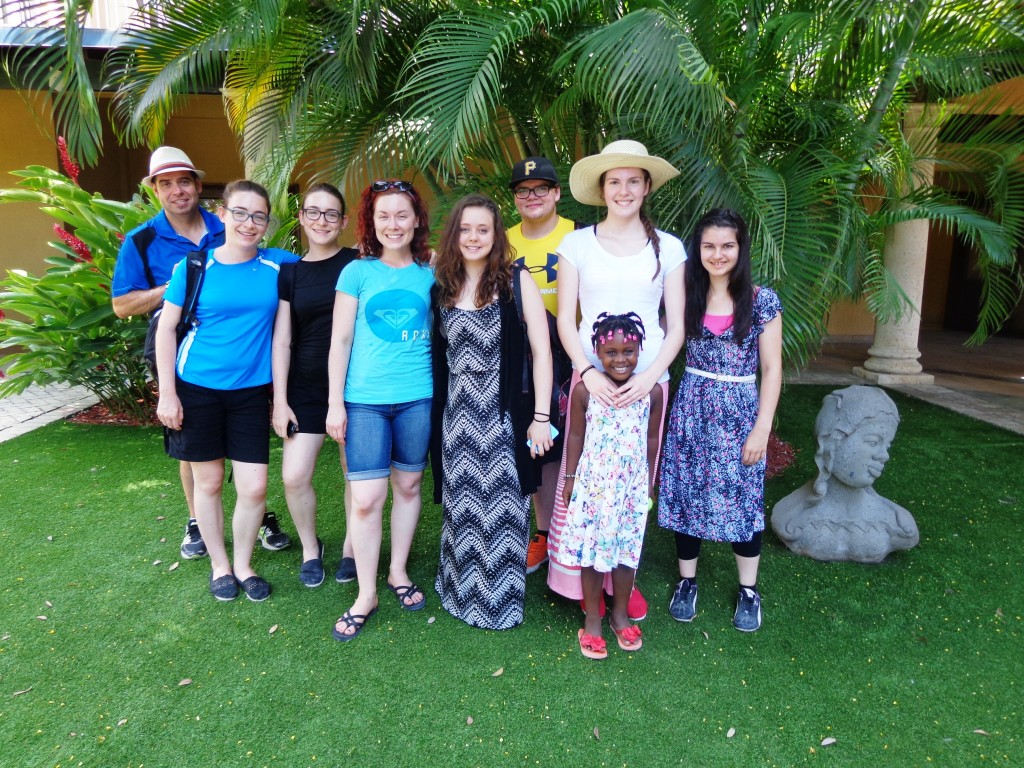 A team from Shawinigan, QC, led by Pastor Jean-Claude St-Amour came to Haiti to hold a children’s camp. They also did visitation and they prayed for the sick. 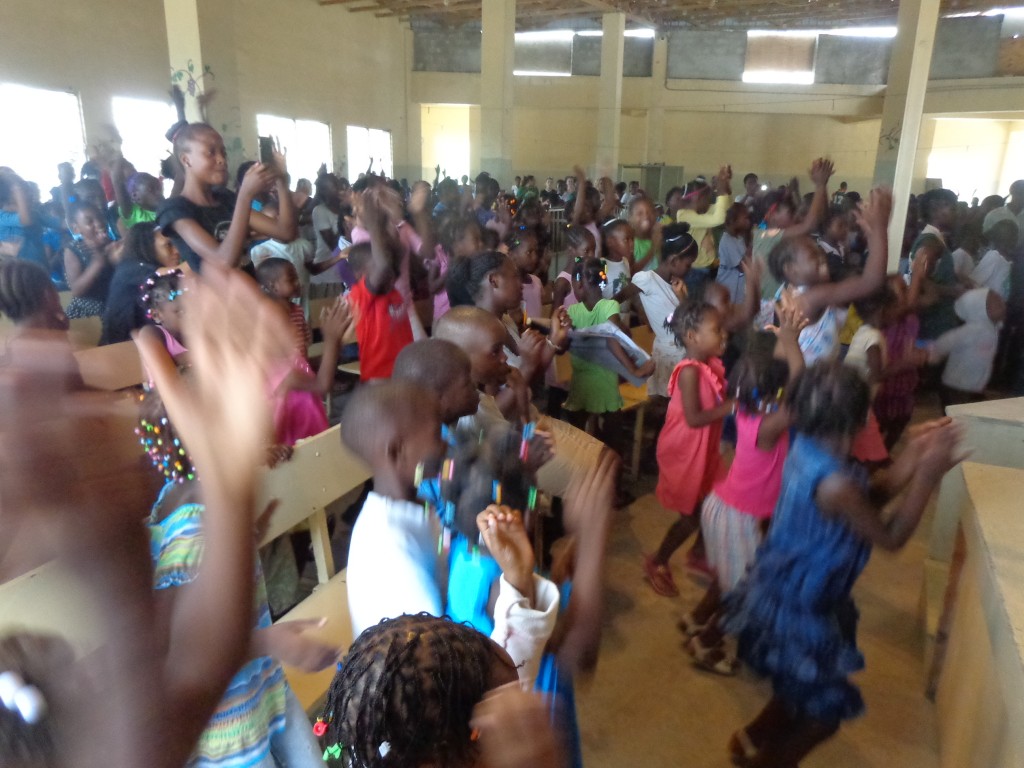 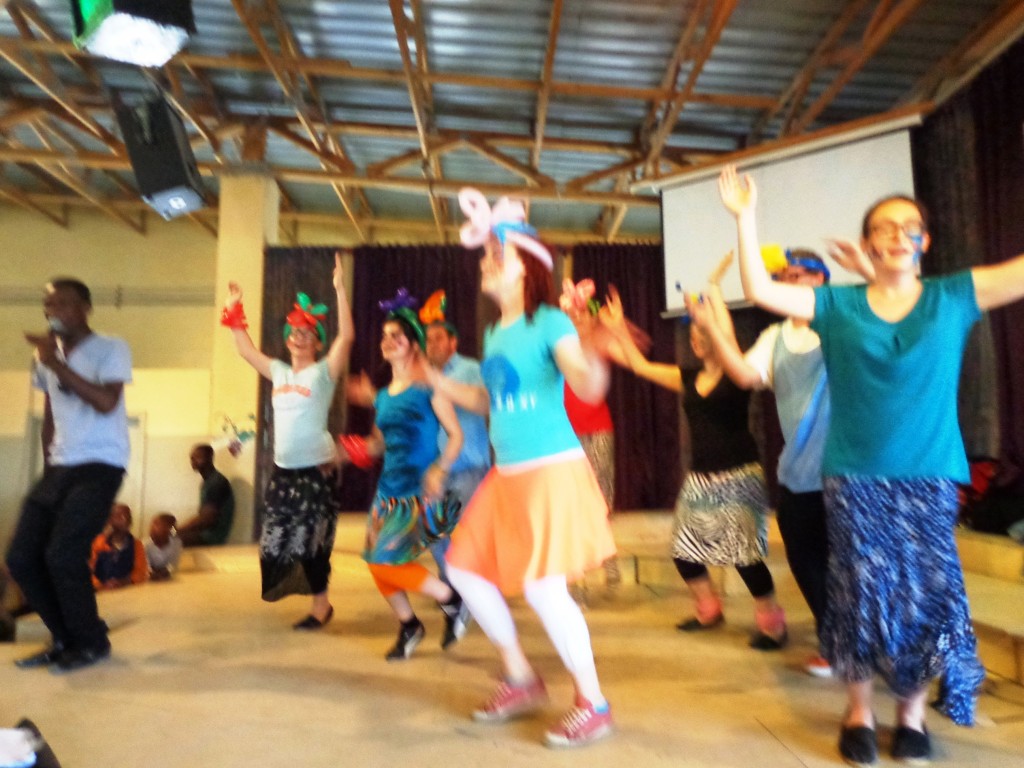 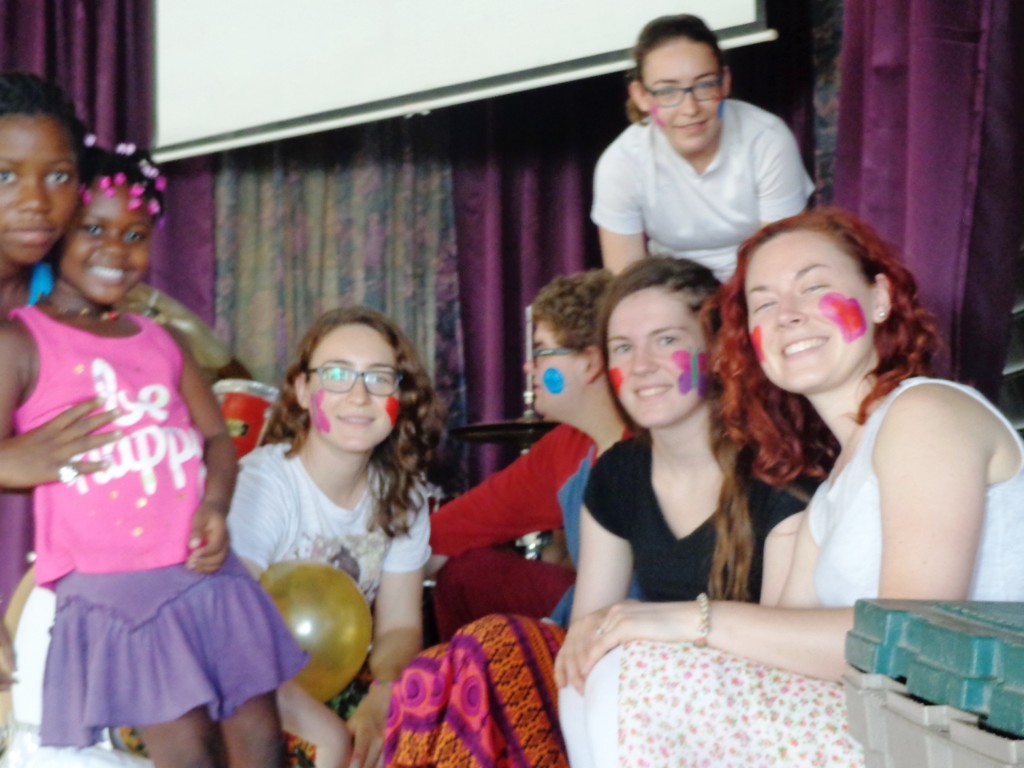 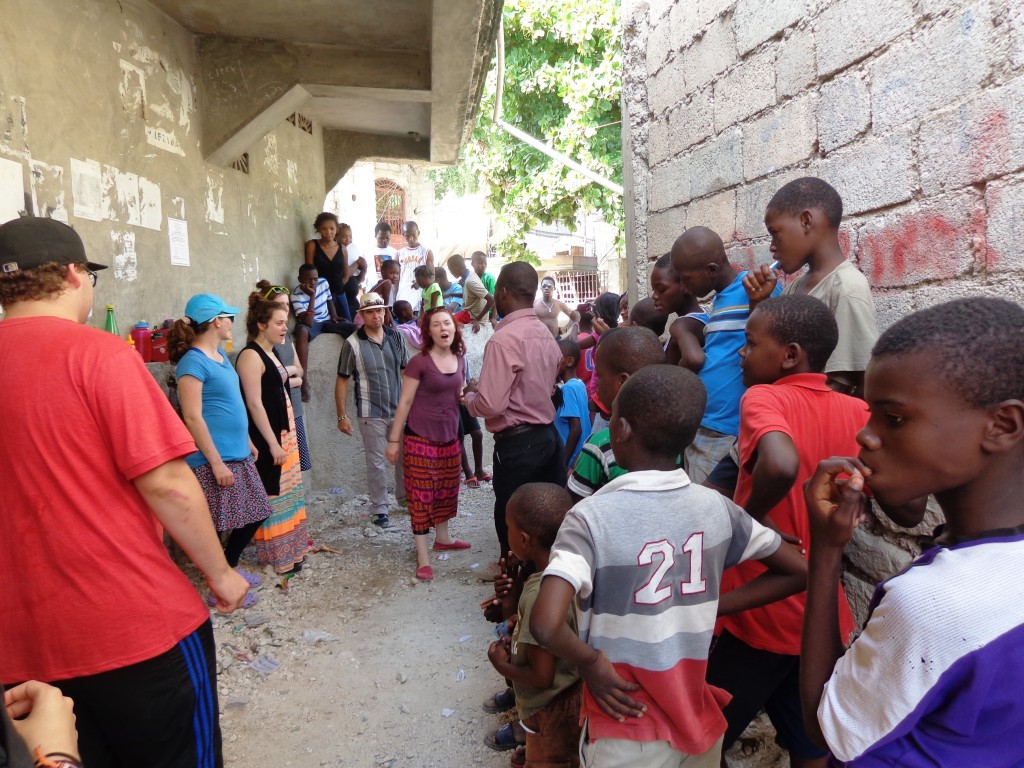 We went out to evangelize in a ravine.  When the people saw us arriving, they all came out of their houses and they started making fun of us.  They took pictures and they made videos. We knew it was the devil that was behind that, so we kept on singing and the team played a drama.  Noémie gave a short salvation message and a lady courageously came forward to give her life to the Lord.

Four of the twelve classrooms Michel started building are near completion. The men work under very high temperature.

Preparation of the work for the pouring of cement for the first floor. 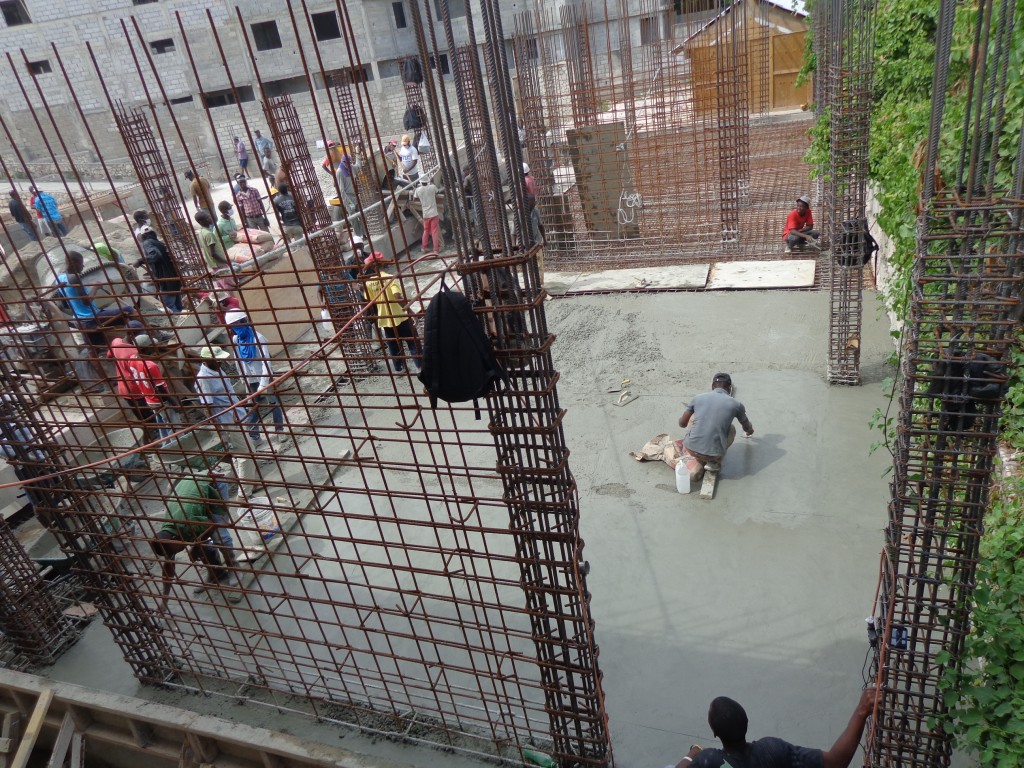 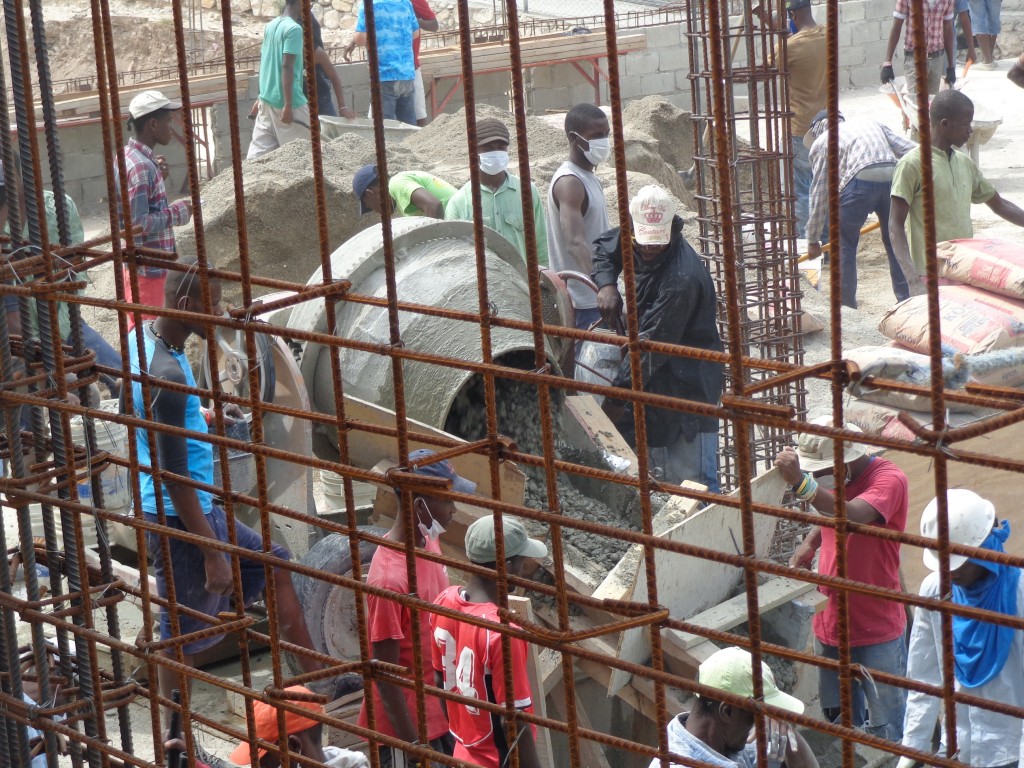 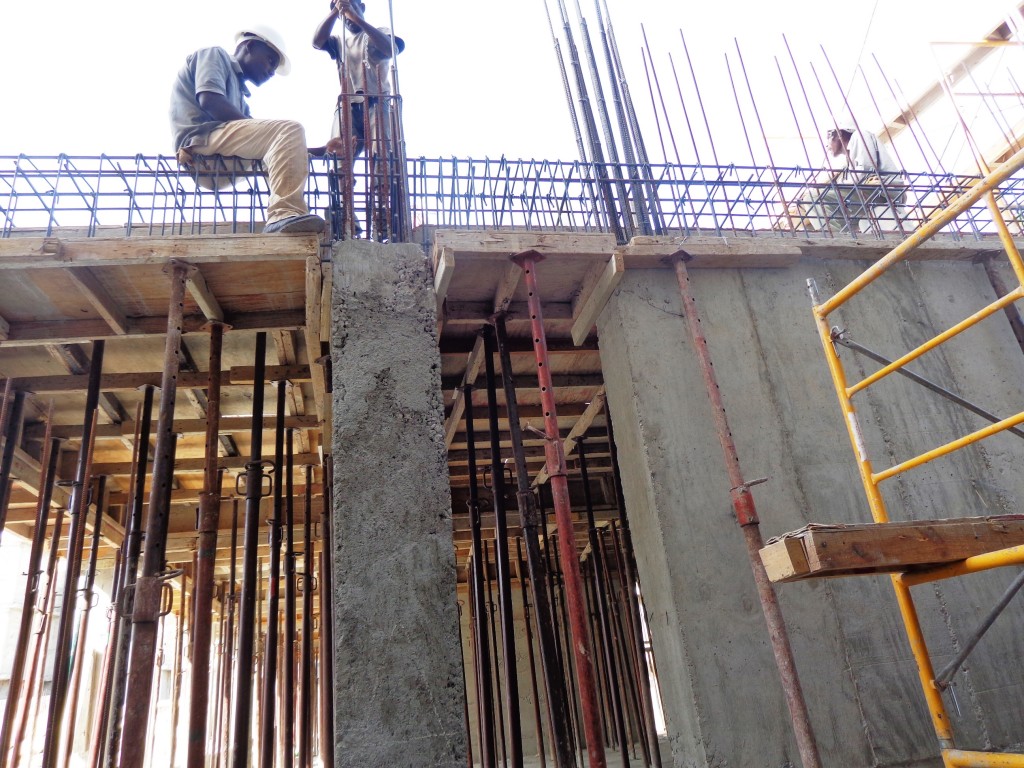 View of the second floor. 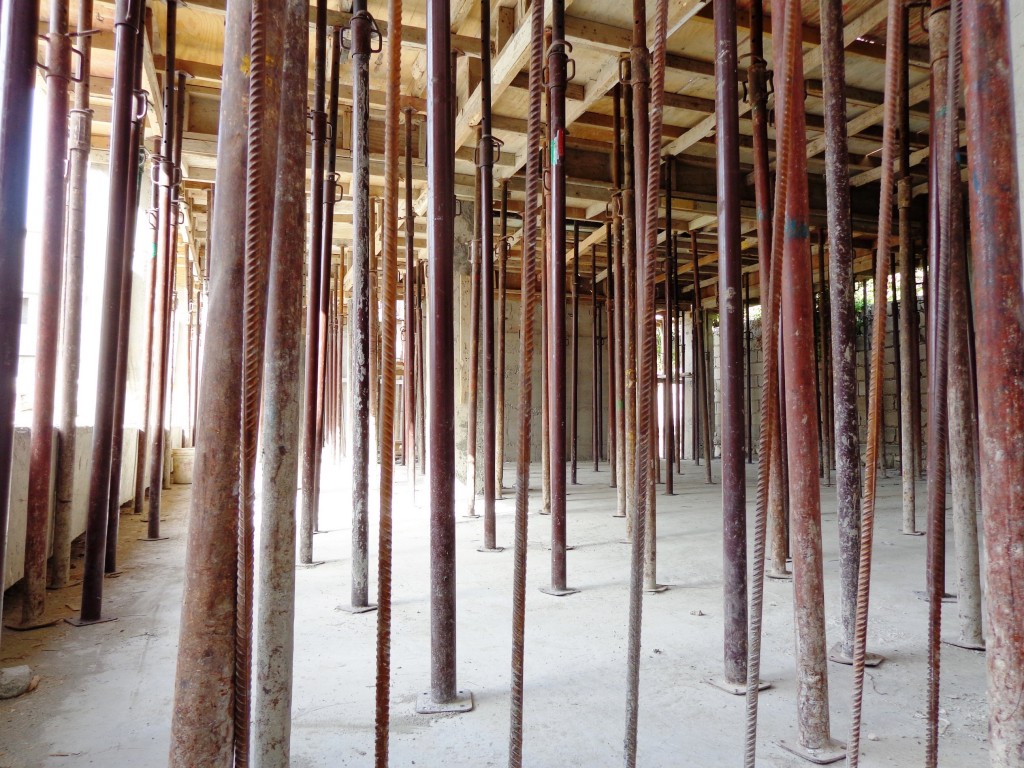 Poles supporting the second floor ceiling joists. We get ready to pour the ceiling of four classrooms.

We would like to thank you for the confidence you place in us.  God wants to do great things.