Elisha, one of our church’s youth, is at the penitentiary since December 23. He is from the country and he does not have much education when it comes to “paper stuff”. One of his friends asked him to make a cheque in his place because he did not have an ID number.  So Elisha filled out a cheque in his name. His friend asked him to sign his boss name at the bottom of the cheque.  When Elisha went to exchange it, the cashier had doubts and she called the account owner. He came to the bank with the Minister of Justice who is a personal friend of his, they arrested Elisha and sent him to prison.  His “friend” seeing the situation fled.  Elisha did not know that his “friend” had stolen a blank cheque from his boss. Some youth from our church went to see an attorney.  In Haiti, those who use forged cheques get condemnation for life.  Please pray for Elisha that we can help him out of this situation so that he does not spend his life in prison for a $590.00 US cheque he never cashed. 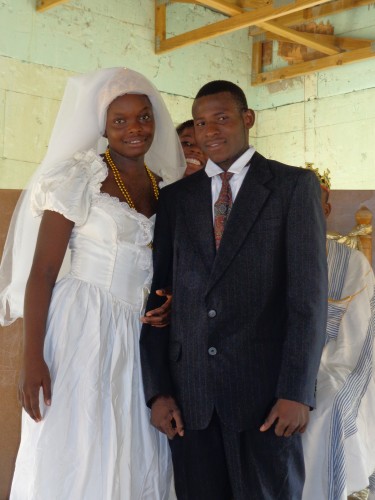 When he turned 14, Nahome was incarcerated at the juvenile prison in Port-au-Prince.  His dad bought a piece of land that his neighbor wanted.   His neighbor frustrated to see that he lost the land, fabricated a story saying that Nahum raped his teenage daughter.  He made him arrested and he was sent to prison.  For a year and a half, every week, we visited him and many others bringing them food and Bible Studies.  In prison, the other inmates called him little pastor.   Nahum was released at age 17.  He is now sponsored by Child Care Plus and he is one of our church leaders.

This morning, Daniella arrived at our house crying.  Her father who does not live with his children came to beat them with an electrical wire.  None of his five children went to visit him for the New Year.  His children are aged 13 to 21.  The father does not have a job and therefore he has no revenue to feed them.  Imagine for one moment that you spank your children with an electric wire because they did not come to bring you their best wishes for the New Year.  🙂 But we can understand his frustration of being unable to provide for his children and to lose their consideration. 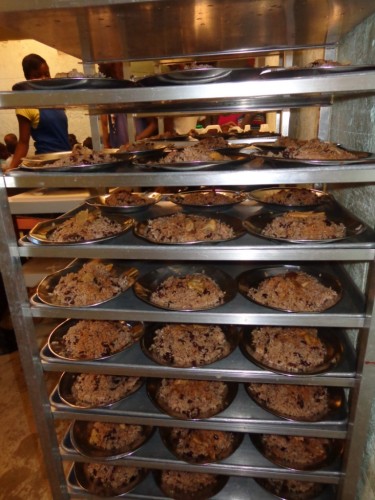 A church in Quebec offered our congregation a chicken meal for Christmas. 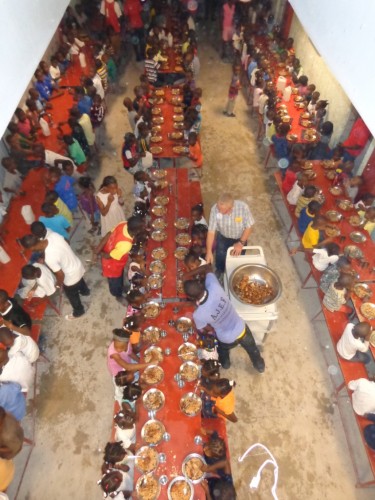 Pastor Michel giving out chicken to each child with one of our youths. They rarely have chicken. 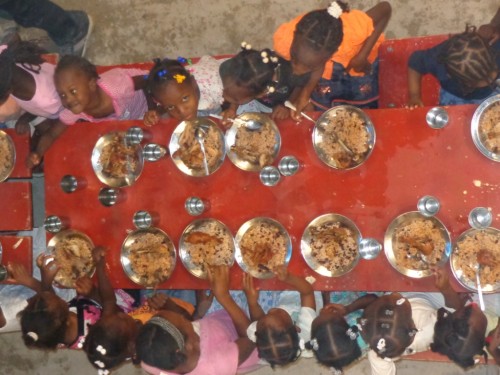 Our Guest of Honors at the feast table as simple as it was!

For Christmas, each boy received some little cars or a truck as a gift. Thanks to the churches who supported this project. 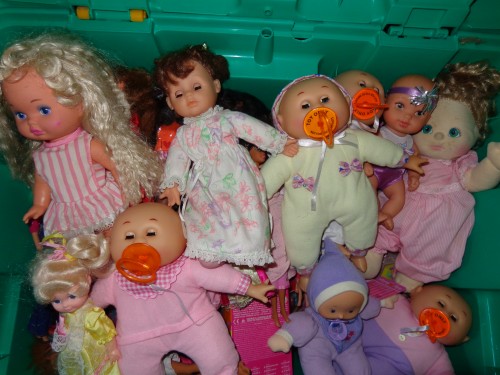 Every little girl received a doll. The ones with long hair were the most appreciated because they can braid their hair.

It is the beginning of a New Year.  We pray that God renews our vision for the lost.  On January 12, we will have a day of prayer for the country of Haiti.  January 12 marks the third anniversary of the earthquake.

To watch a video of one of our children’s service, copy/paste the following link into your web browser :

May God renew your vision.   Thank you so much for what you do to make Haiti Ministry go forward.