In 2020, half of the world population could lack drinkable water 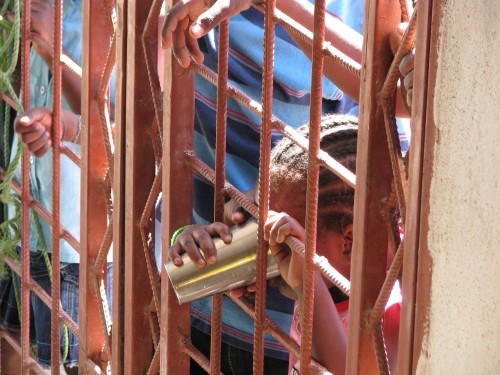 Very alarming!  According to Alain Boinet, CEO and founder of the NGO Solidarity International, in 2020 half of the planet could lack drinkable water. Currently, one quarter of the world wide population does not have access to clean water. The severity of this crisis is compounded by environmental changes. 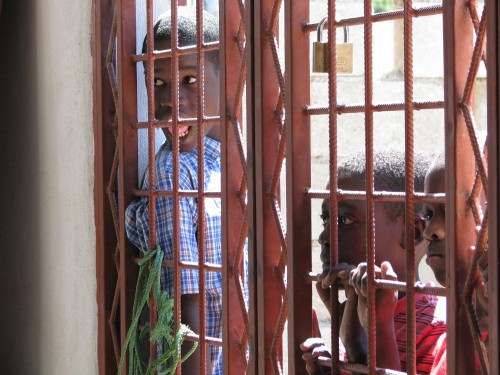 In 2020 Haiti could be one of those countries. Our immediate action can help prevent this calamity. 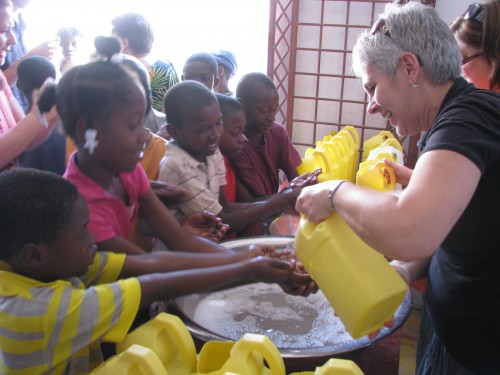 If we add the rapidly growing population, it is feared that this disaster will only be accelerated. 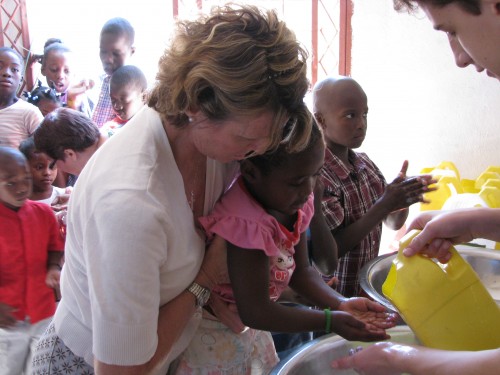 The lack of drinkable water causes 8 millions casualties per year. 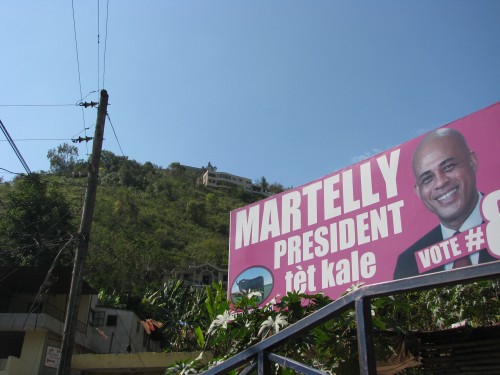 Michel Martelly, nicknamed « Tèt kale » (The bald one) is the new elected president of Haiti.  He has a heavy load on his shoulders. 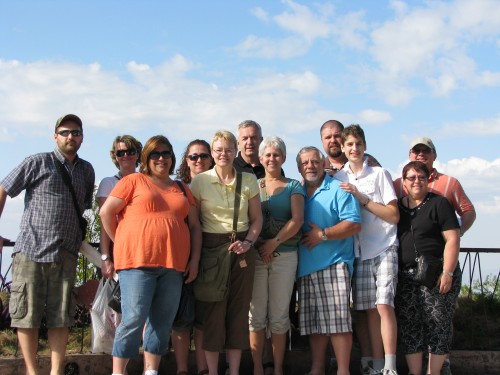 A team from Central Pentecostal Church in Fergus/Elora,  Ontario, visited with us. 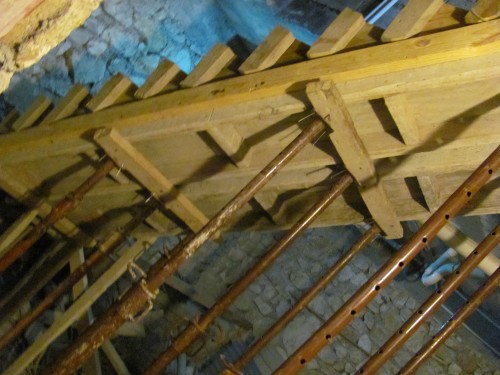 Coffering of one of the church’s staircase supported by metal poles. 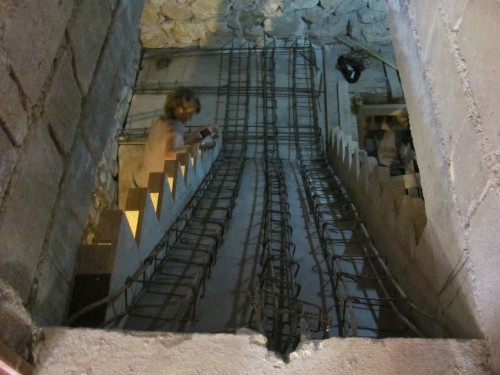 The re-bars are attached before pouring concrete on the stairs. 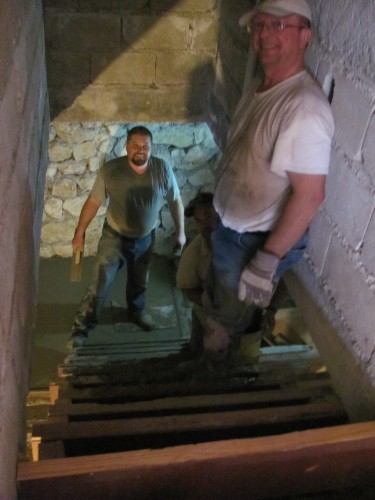 The day after having poured concrete on the stairs, Roy and his friend walked on them. 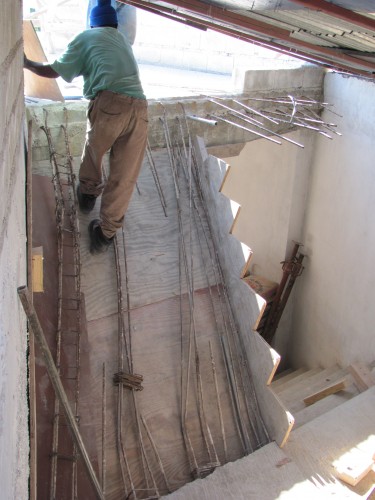 A national worker attaching re-bars for the staircase that goes to the second floor. 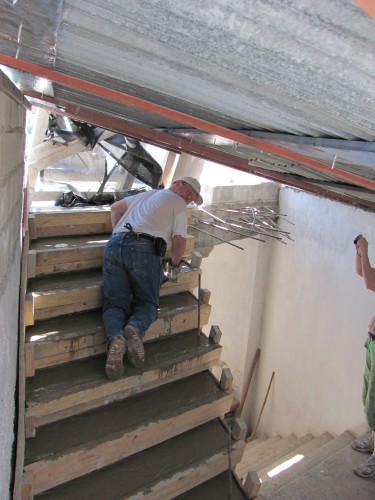 Before it dries up, the concrete is flattened with a trowel. 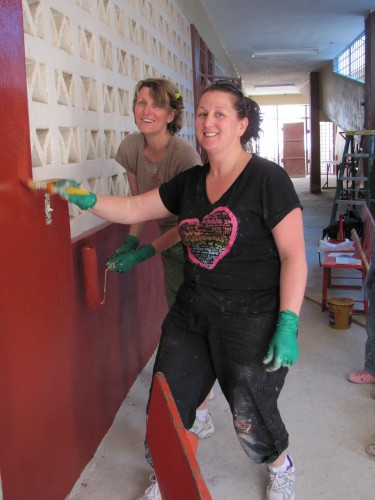 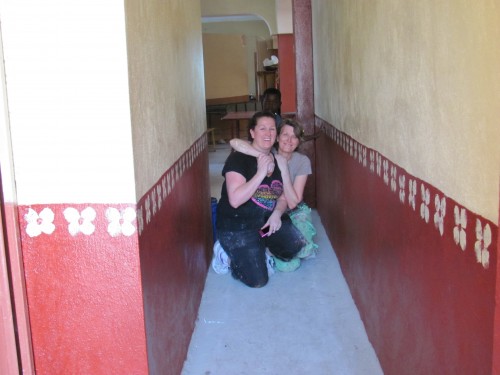 Time is even found to decorate the walls with flowers. 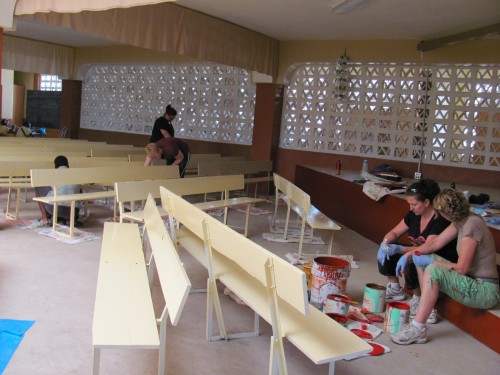 Benches are being painted. 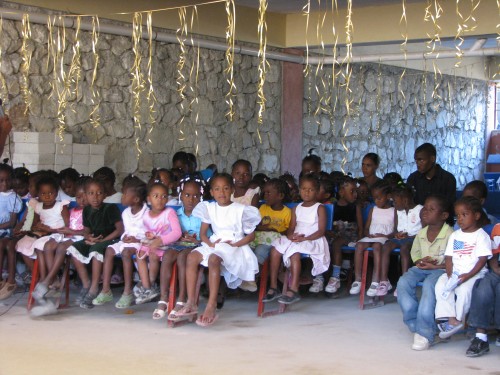 A part of the 2 to 6 year-olds classroom. 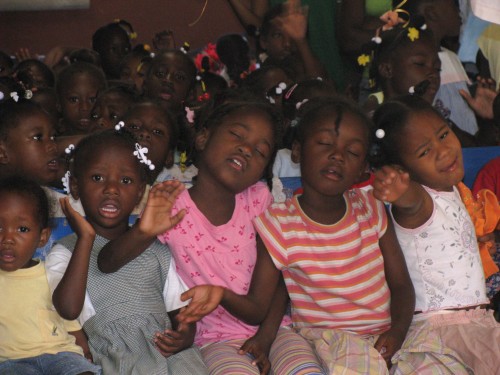 The children singing with all of their hearts. 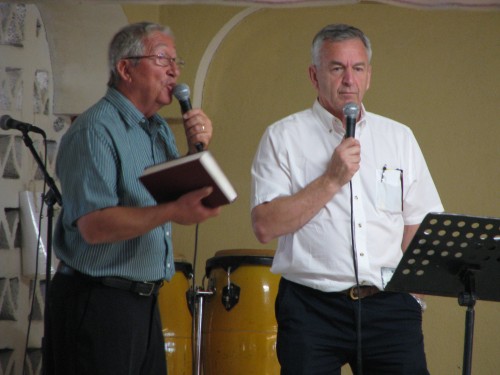 The Guerriers new home’s walls, floors and ceilings are completed.  The doors, the shutters to the windows and the screens are to be done. Thanks to those who gave for the house. The Guerriers are the family of seven children living without parents. We spoke about them in a previous letter. 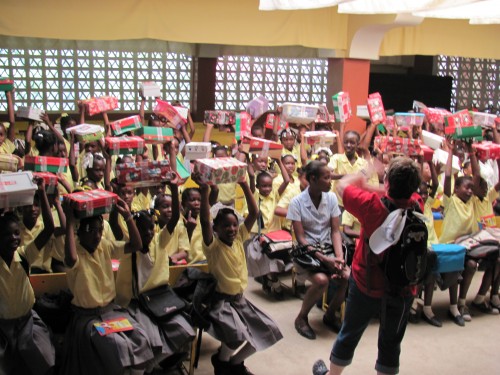 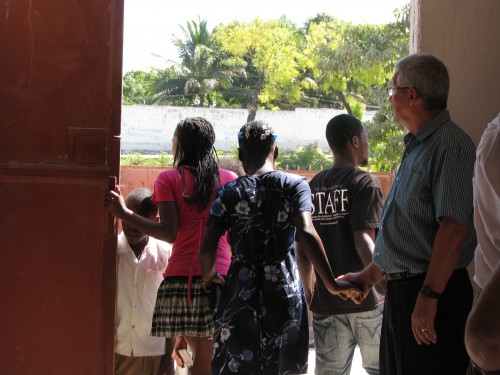 We are still looking for a project manager to build our school before September 2011.  The project could last ten weeks and it would provide a salary and free housing.

Thanks for being part of the team. You make a difference.