While doing visitation on the Fragneauville Road on a beautiful sunny Saturday morning during the month of January, a grand-mother was healed of chest pain after being prayed for.

Later on, a couple by the name of Renée and Johnny, also received healing. We first prayed for Renée, who had pain in both legs, and the pain disappeared instantly. When Renée saw that, she took us to her husband who had been bed ridden for six days. He was covered with a blanket from head to toe and ached all over his body.  After prayer, he stretched out his arms and started moving them. The pain was gone.  He stood up and moved his legs as all pain had left him. He removed his blanket like the “paralytic” in the Bible and we all rejoiced.

Later on, we prayed for Marie-Nicole who had been suffering from stomach ulcers for the past year. She said that the pain became constant after a medical doctor inserted a camera in her esophagus. The pain went away after we prayed for her.

On January 9, in Delmas 83, a grandmother was healed  from pain in her lombar region as well as from head aches. During prayer, she said that she felt a warmth passing through her head.  Another lady was also healed from a stomach ache.

A mother of three, who received healing three months ago, was also healed from a pain in both knees. On January 16, in Clerville, a mother received healing for the second time in two months. She had come to church four times.  On that same day, the Pastor of The Church of God was healed as well as his cousin.

Gideons International came to Haiti to evangelize and give out thousands of the Gospel of John in schools, hospitals and elsewhere.  They did a wonderful work.

The holiday season is now behind us. However, we would like to add that Sue Burnside, with the ladies of her church in Cambridge, Ontario, sent by container 790 knapsacks, that they had sewed, for the children of our assembly.  We added a few little gifts inside and it brightened their Christmas. 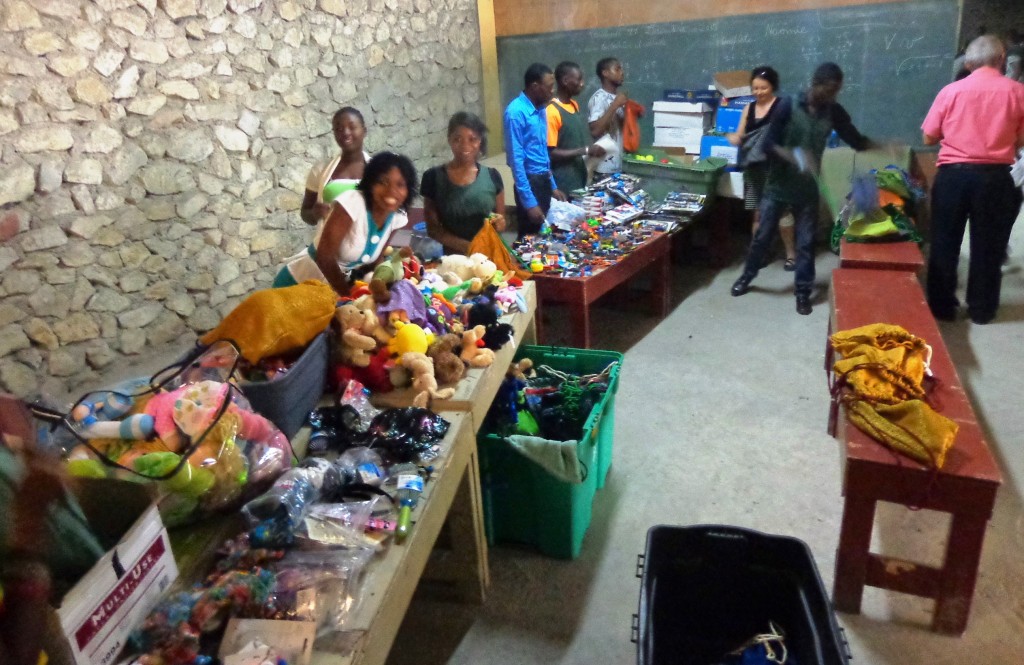 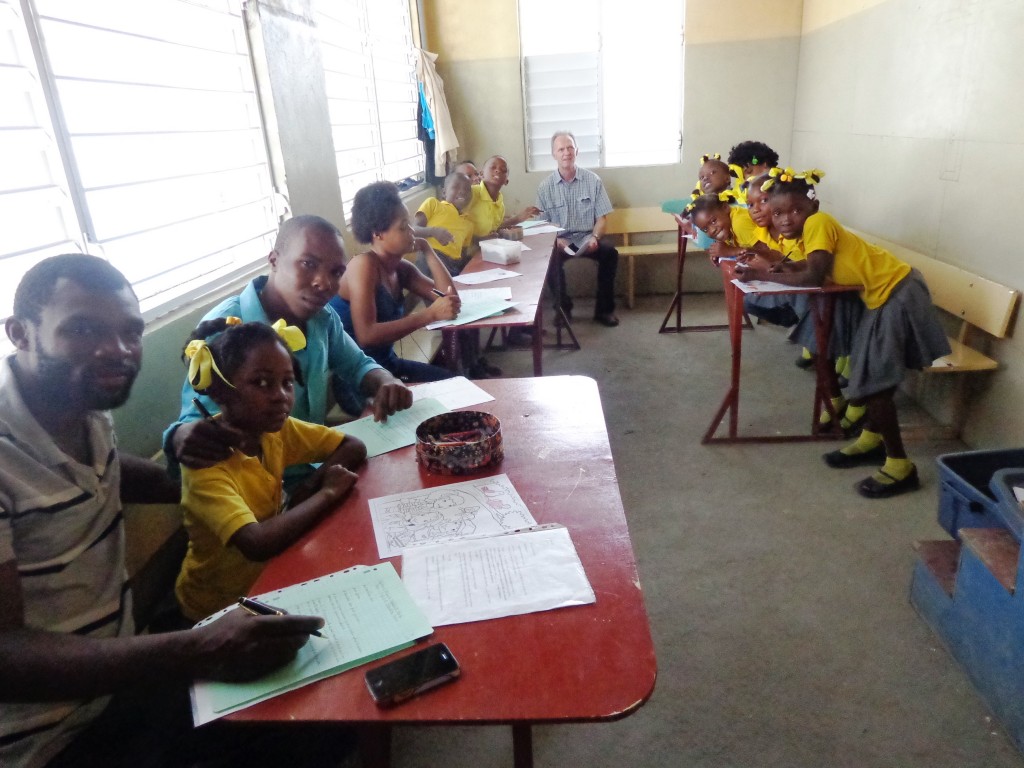 We are presently working on the annual letter that the 650 CCP sponsored children write to their sponsors.  We also take a picture of each child to be sent with the letter. Jean-Guy Paquet, from Quebec, coordinates it all.  What a relief to have someone to take charge of it! 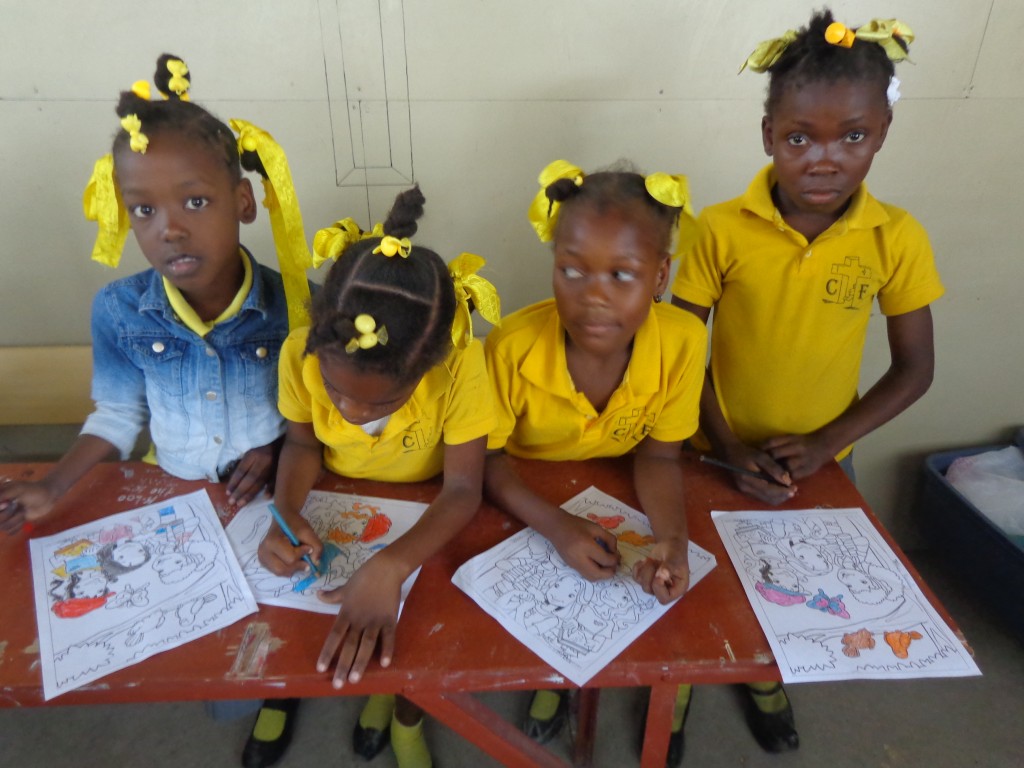 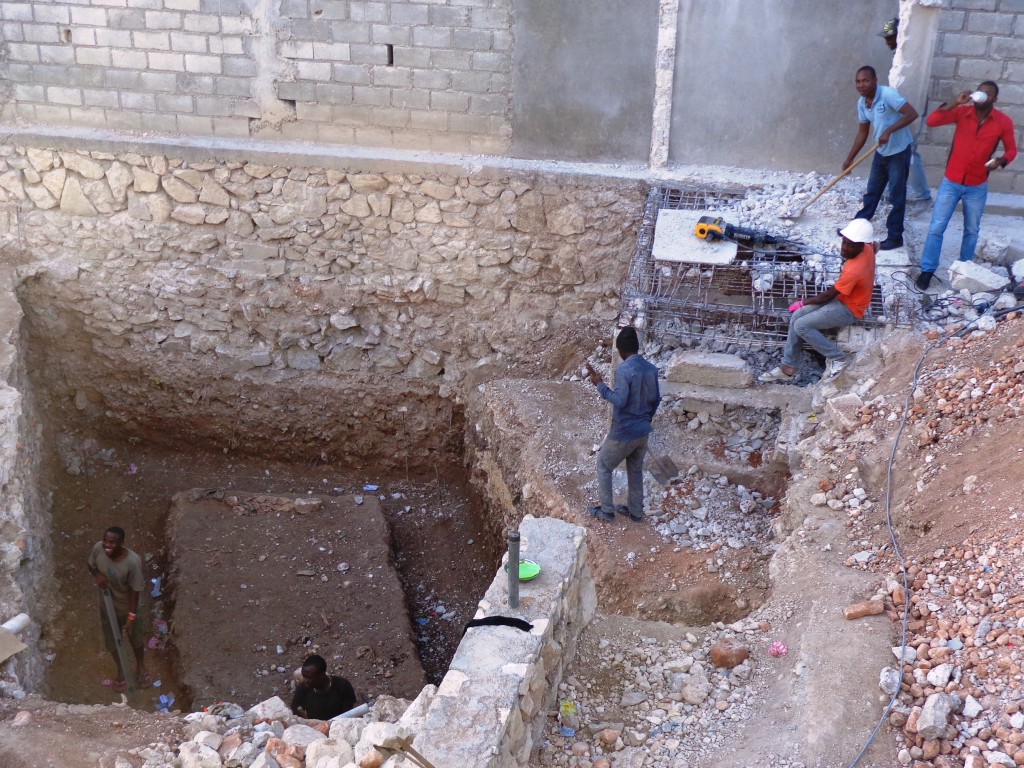 Michel is building a sceptic tank for the school and the church.

This year, we almost made our budget, but not quite.  If you are interested, Michel is available for Skype calls during your church’s service. Please do not hesitate to communicate with us.  The devaluation of the Canadian dollar hits all global workers except the Americans.  But with God’s grace we will make it.