DO NOT WAIT UNTIL IT IS TOO LATE! 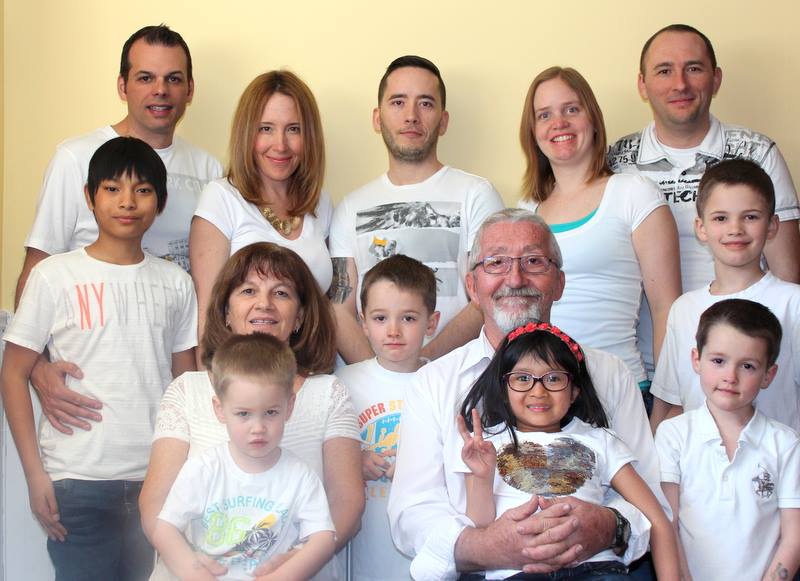 Please pray for our grand-son Mathis (11) on the far left of the photo, and standing, who was diagnosed last week with acute leukemia.  He is currently hospitalized at Ste. Justine, in Montreal. He will have chemo for one month. Then, after he returns home, he will have treatments every week for the two coming years.  Mathis was Spirit filled at age six.  He is an active and very intelligent boy. Thank you for your prayers. 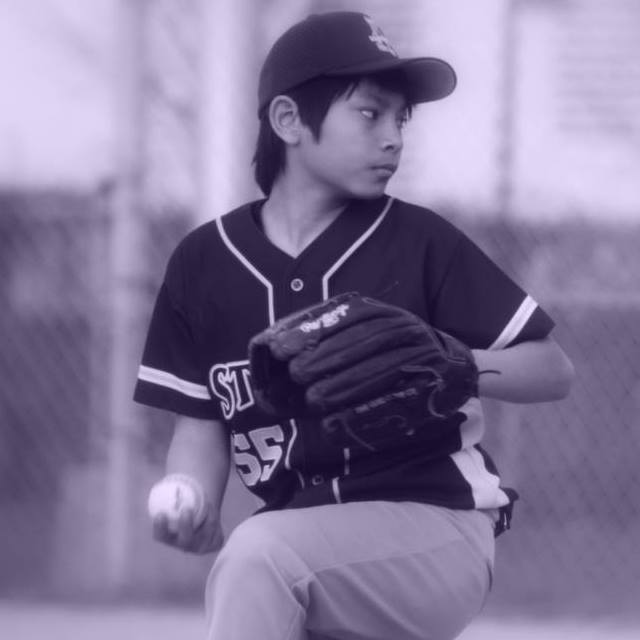 An evangelist, Jonathan Shuttlesworth, tells about a dream that a pastor had one night. His neighbor wrote him a letter from hell, he said. « Every Sunday I see you go to church but you never came to speak to me. Why did you not come? « When he woke up, he went to knock on that neighbor’s door and asked to see him. The family told him that he had died during the night. They added “but no one yet knows that he is dead. What brought you here? » He told them about his dream and he witnessed to them. « DO NOT WAIT UNTIL IT’S TOO LATE TO SPEAK TO PEOPLE ARROUND YOU ABOUT JESUS. 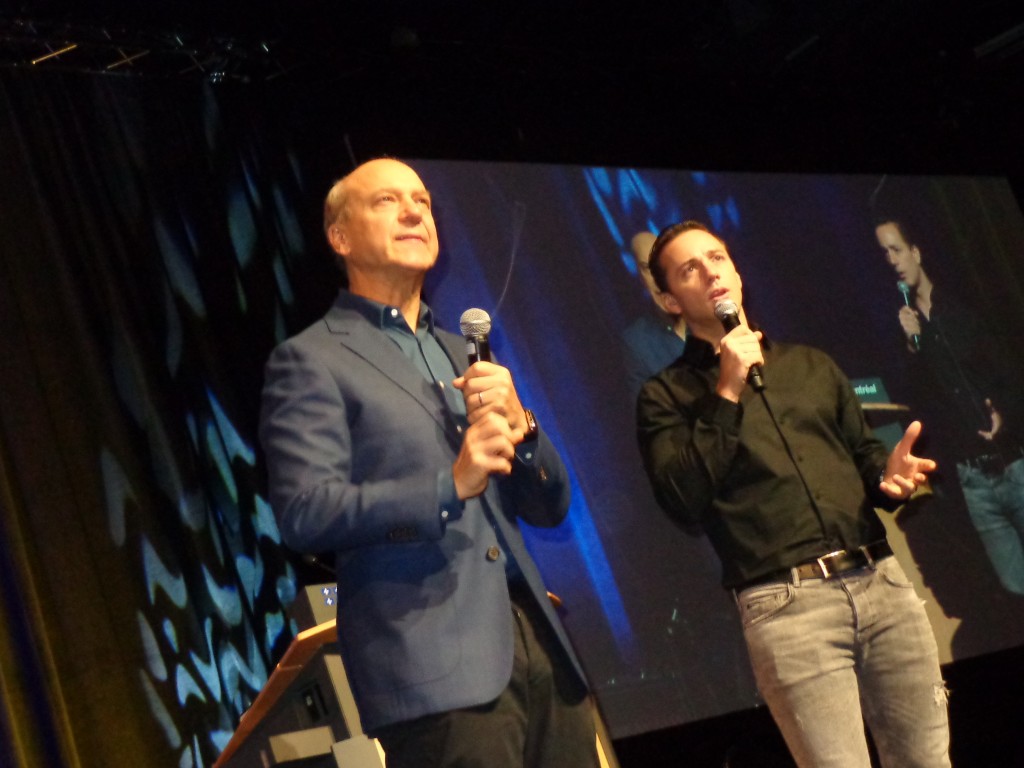 Approximately 1,000 pastors and leaders attended the General Conference held in the month of May in Montreal. This photo shows one of the guest preachers, Claudio Freidzon; pastor of a church of 30,000 people in Argentina who meet in an Olympic stadium. 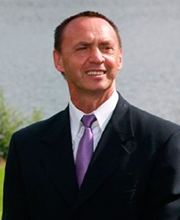 We had the privilege of visiting five churches during our stay in Canada. We were very well received everywhere we went. The churches appear below in the order visited. The church of Pastor François Doyon in the Beauce region of Quebec. The trip is long but well worth it. 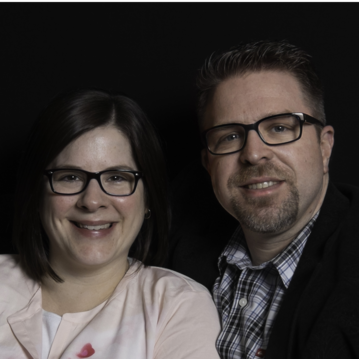 Pastor Mark and Pastor Scott together with their wives made us feel welcomed. We had a good time with them. They support us faithfully.

Pastor John Edwards of Fergus/Elora, Ontario, has come to Haiti at least ten times. First, it was every year and now every two years he comes to Haiti with a team. We are thankful for their support. 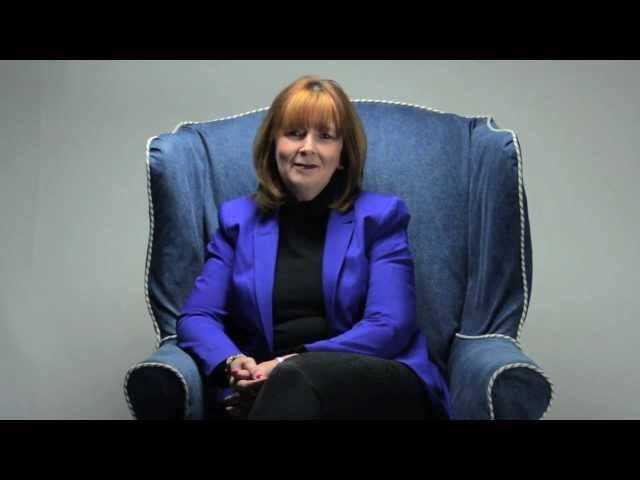 Malvern Pentecostal Church in Scarborough ministers to 1,500 people of 45 nationalities. Rev. Ginette Howse has supported our ministry for many years. 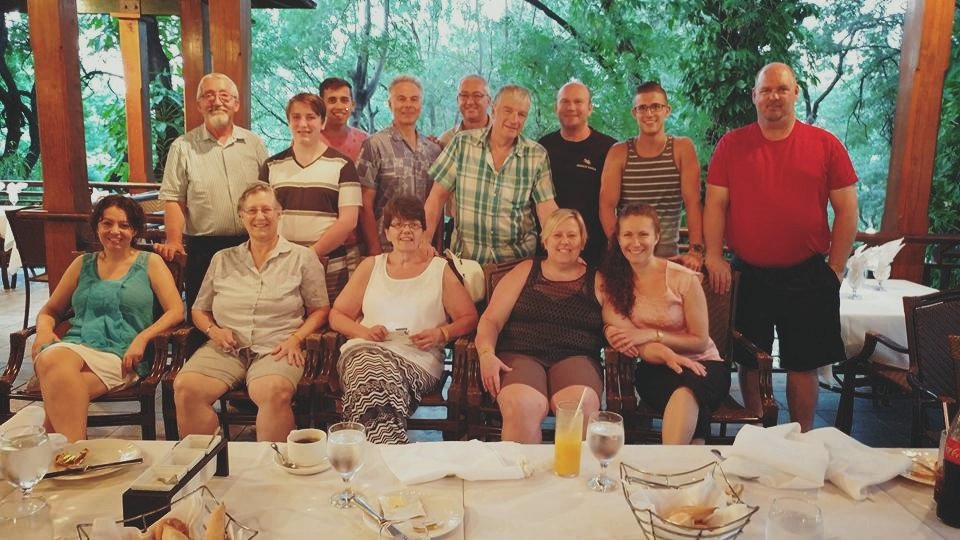 A team from South Porcupine and Timmins led by Pastor Mike Burt came to lend us a hand. Michel was able to visit their church on Sunday, May 15th. Pastor Mike is on the far right of the picture. 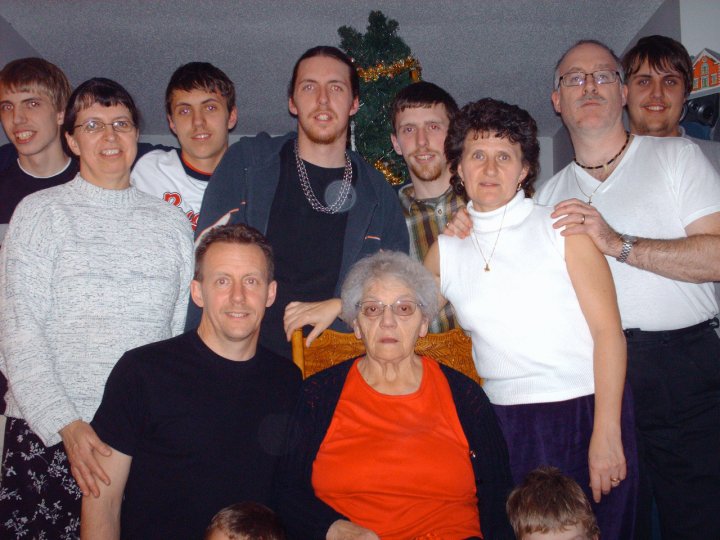 Members of the Chapleau Church, who support us generously, made the trip to South Porcupine.  Pastor Dan, and his wife on the left and five of their sons appears on the picture. 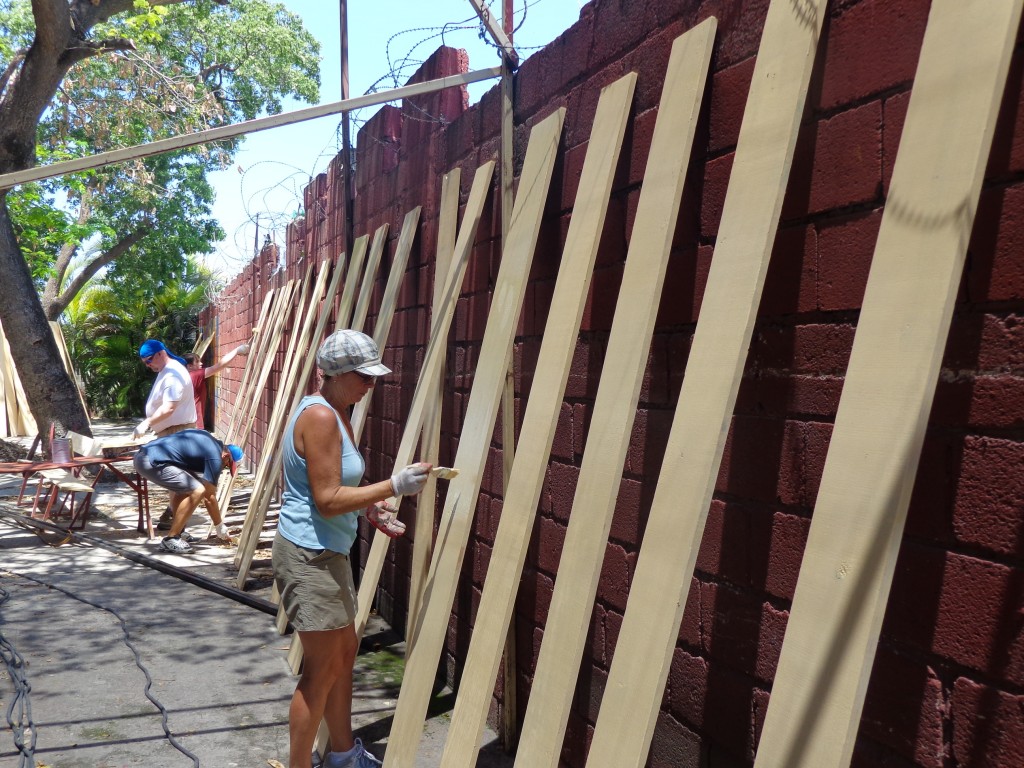 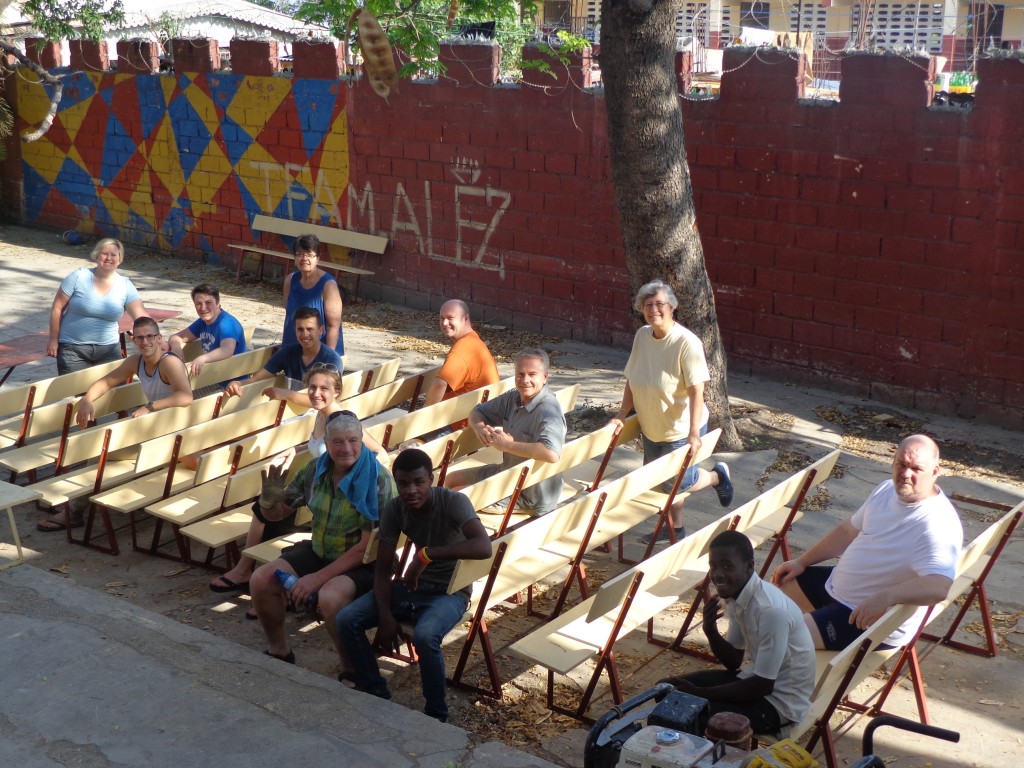 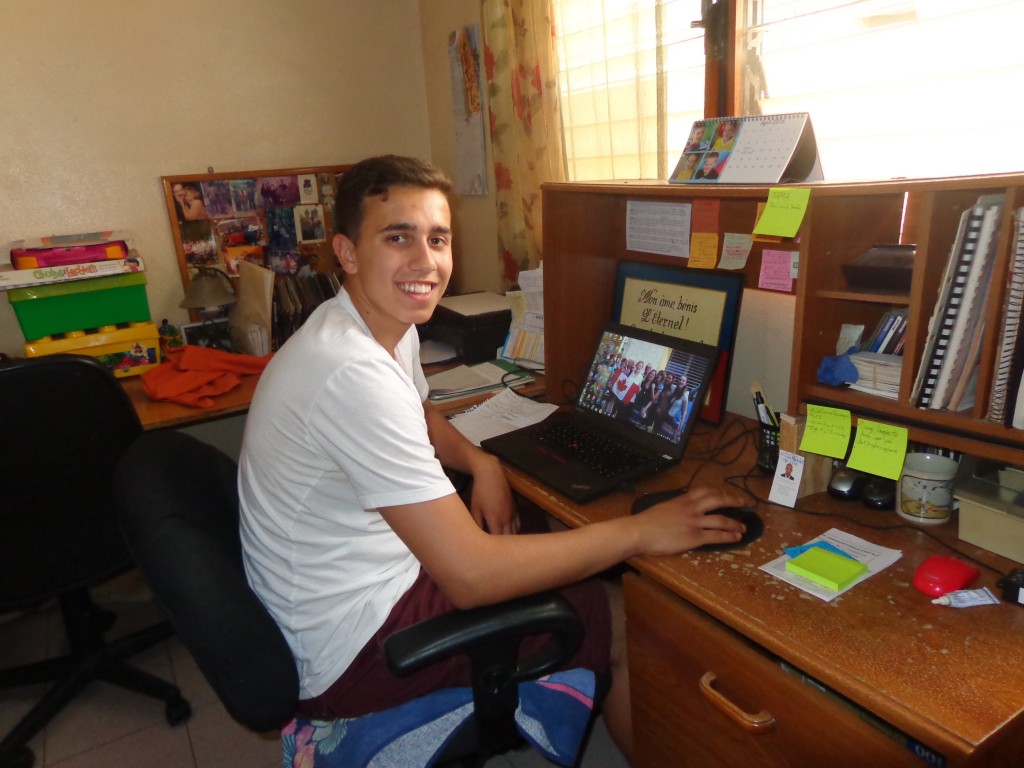 The team gave us two brand new laptops, with programs already installed, replacing those we lost because of a short circuit caused by a rat eating through an electric wire. In the pictured Chester is finalizing details on each laptop. 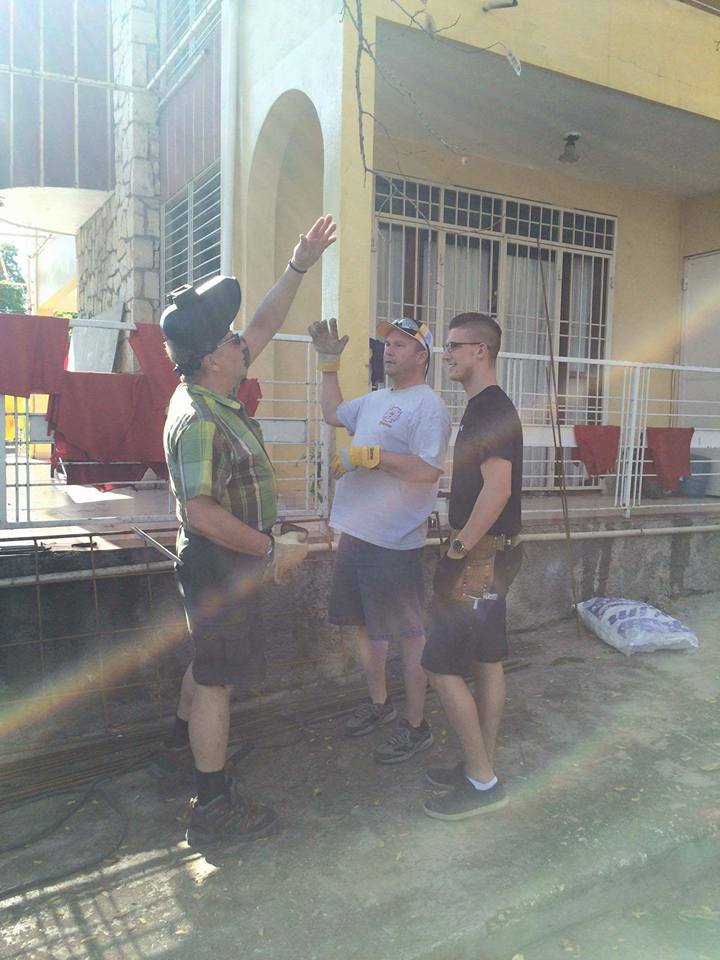 A little planning before plunging into the welding job. 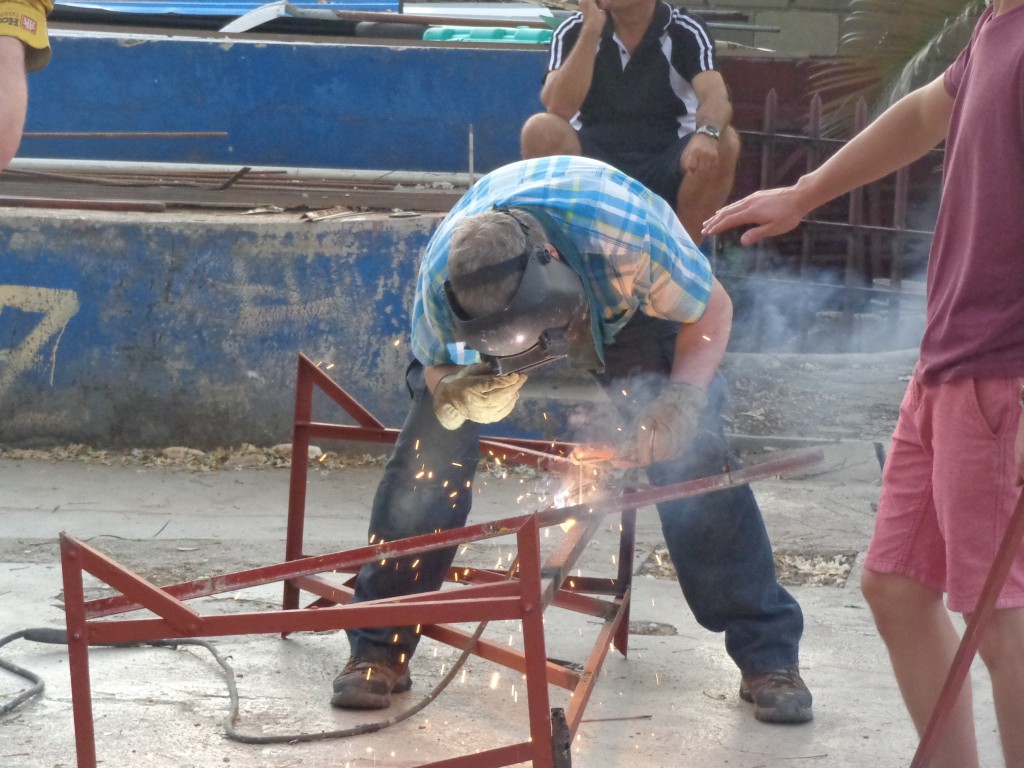 Bill did the welding for the wrought iron gate. 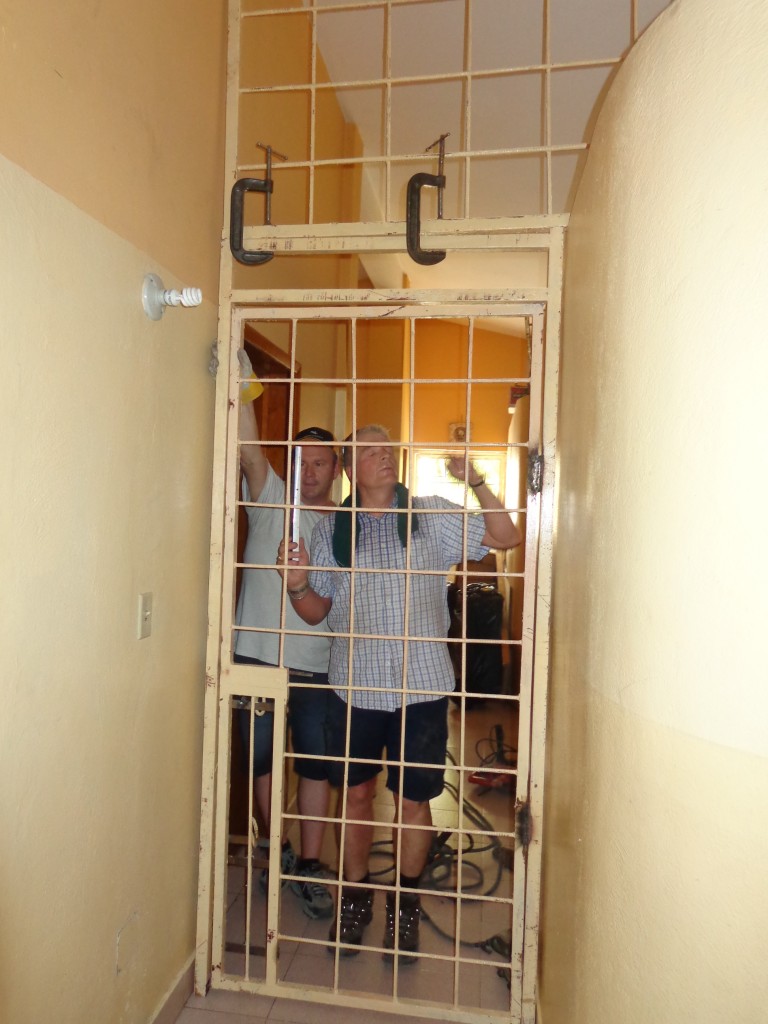 Bill and Norm built this door to increase the security of our house. 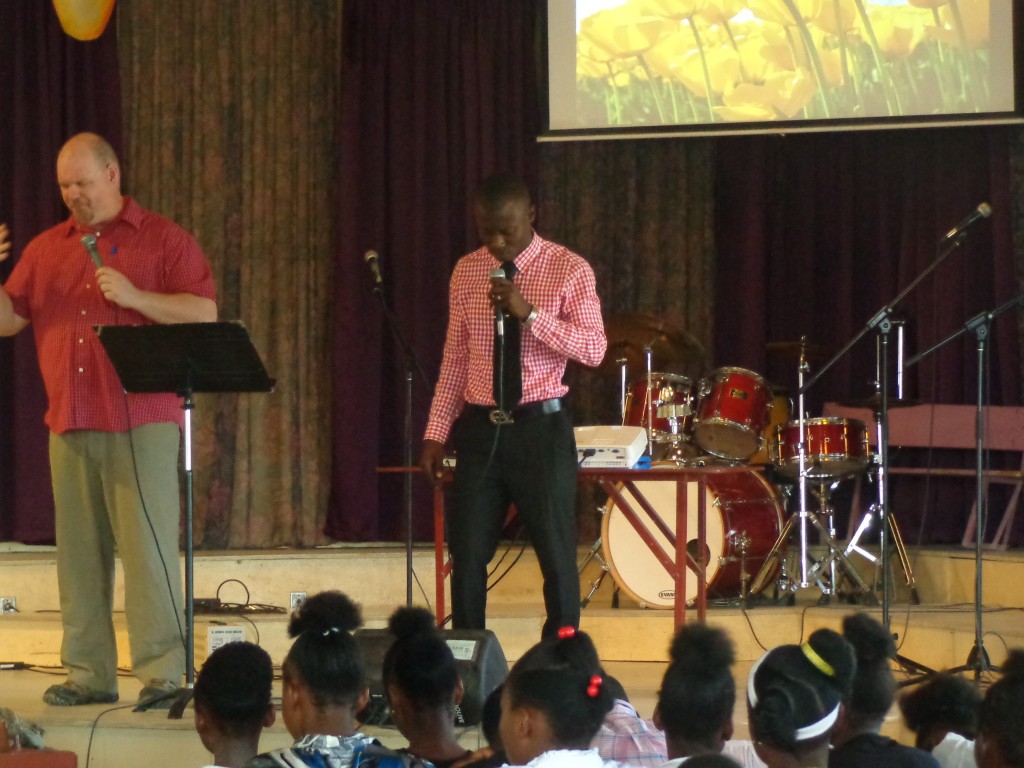 On that Sunday, Pastor Mike was interpreted by Peterson and he gave an excellent message. Afterward, there was prayer for the sick and people did receive healing. 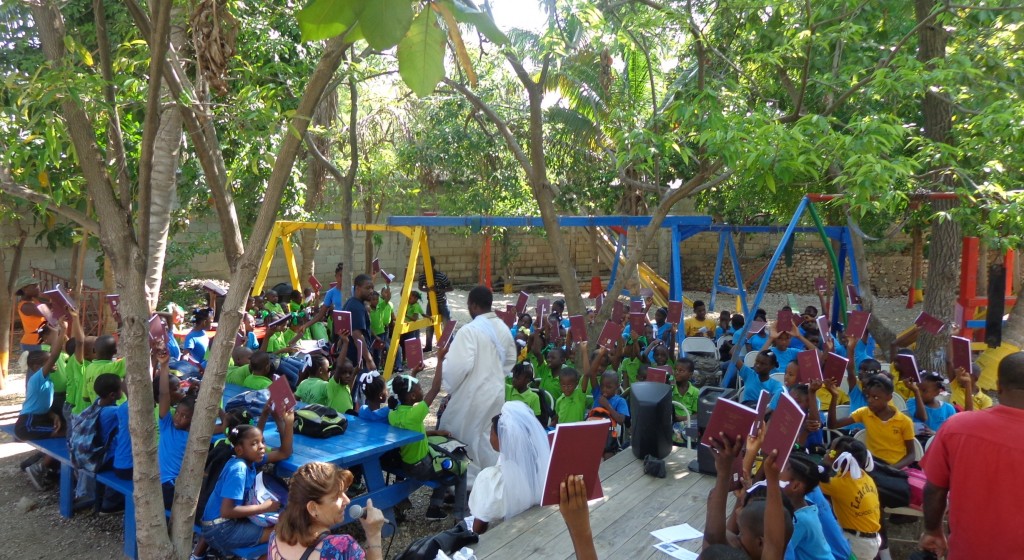 Evangelization was done in two schools with distribution of the Gospel of John in Creole and French. The Gospels were provided by Gideons International. Many children gave their lives to Jesus and some claimed to have been healed. One afternoon we went with a team from ADD France, led by the director of the mission Christophe Ensminger, to evangelize. God did show his glory. 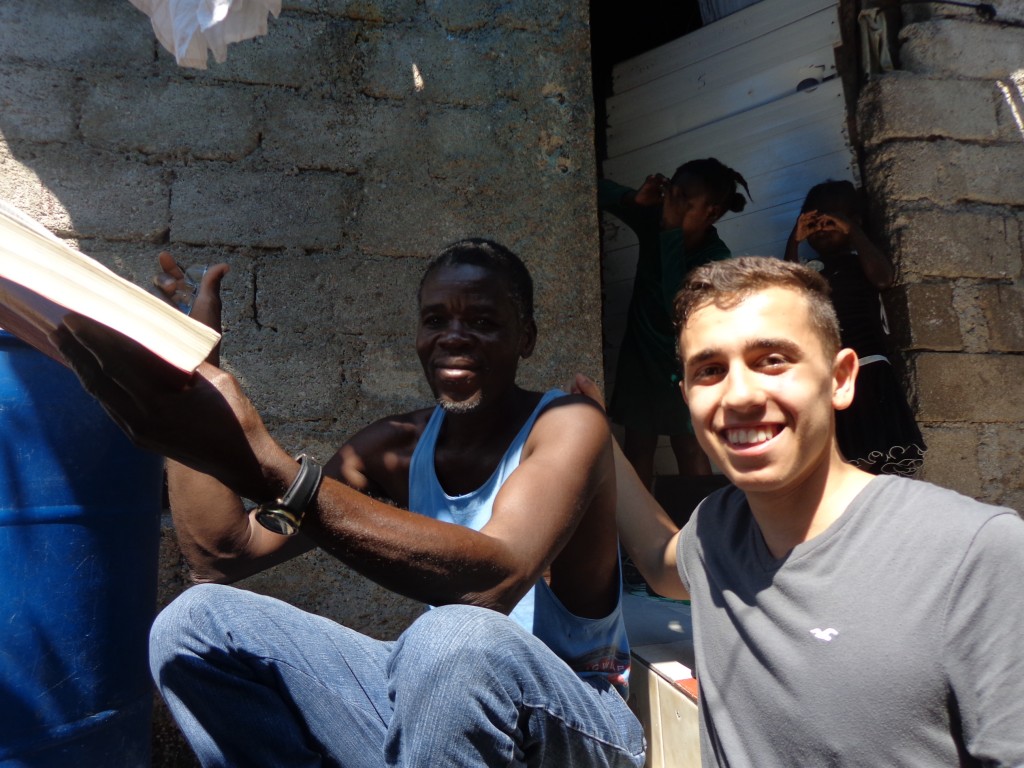 Almost every week we continue our evangelism in homes and have prayers for the sick. This man was cured of shoulder pain that he had been suffering from for several months. A lady living in the house across the street, and suffering from pain caused by kidney stones, says that the pain has vanished.