We hear about Haiti’s reconstruction.  But we are still at the demolition and the rubble removing stage of the numerous buildings damaged by the earthquake.  The task is huge. 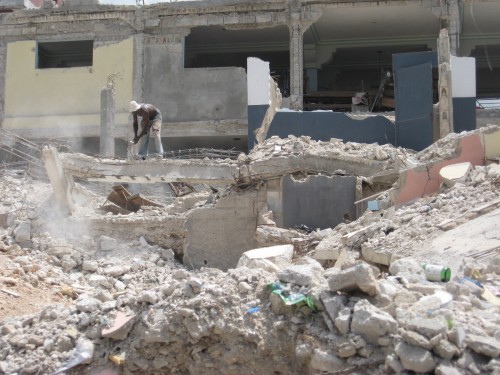 Haiti: Union European building damaged by the earthquake is being repaired. 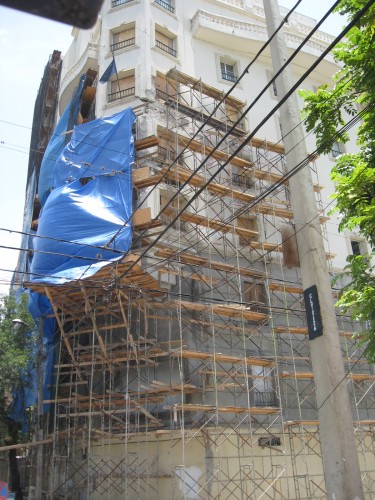 According to an article posted on June 2nd, 2010, on Radio Kiskeya site, during the summit in Punta Cana, Dominican Republic, Haiti received 7,8 billions in promised aid to rebuild its country.  90 countries and international organizations were represented at the summit.

According to Associated Press and the local press, Dominican President, Leonel Fernàndez, indicated that the money will be used to rebuild and develop the country over the next ten years.

However, up to now, only Brazil and Venezuela  have kept their promises.  The first country gave 55 million and the second one canceled the Haiti debt.

Haiti Prime Minister, Jean-Max Bellerive, said that the international community agreed to rebuild 125,000 houses to the benefice of the disaster victims.

Former President to the United States, Bill Clinton, referring to the hurricane season that started on June 1st, said that we cannot let people die for a lack of shelters.

For those of you who would like more news on the same subject, please go to the CNN site and search for the following article.
Most countries fail to deliver on Haiti aid pledges – CNN.com*

Phase 1 of our construction project is nearly finished.  To secure the property, we still have to raise two of the walls surrounding it and fix blade wire on the top.  We must pave the ravine that goes through our property and pour concrete on the top.  On the picture, Pastor Michel stands in front of the staircase’s doors.

All the voices of our church in unity say a BIG THANK YOU for your continuous support. Your contribution helps change many lives for His kingdom.