Birds are Singing And We Are At Work 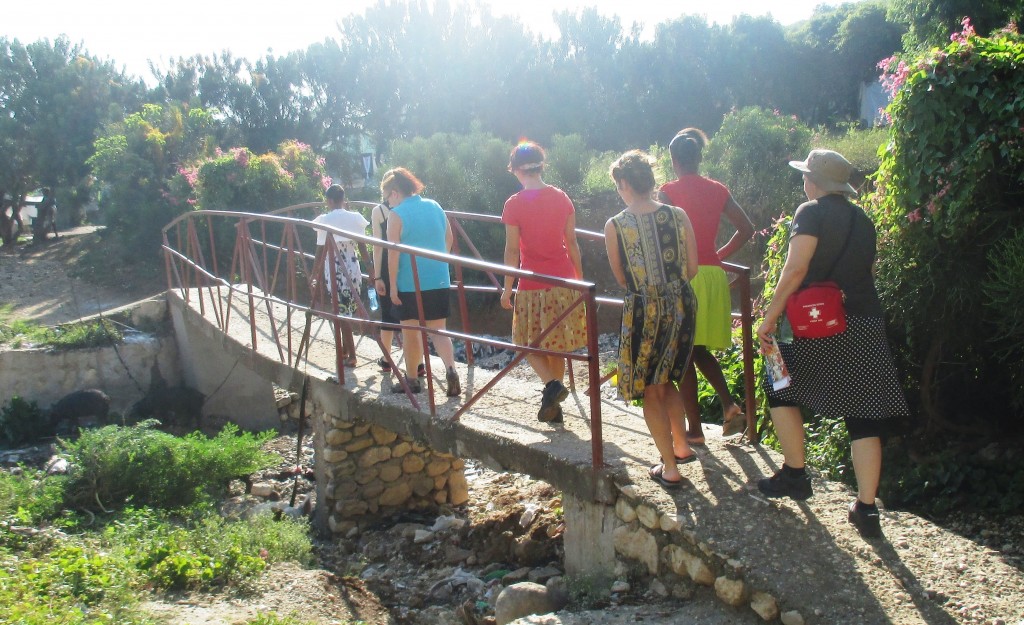 Clerville has about fifty houses. It looks like a small village in the heart of the capital city.  The birds sing and the lizards bask in the sun not even fearing their predators. We went out to evangelize in Clerville with these words in mind: “If the Holy Spirit does not manifest himself, it is only a religion like any other religion. We must see the Holy Spirit’s power or we will die.”  We cannot force the Holy Spirit to move but if we go out, He will  surely move.

Every time we go to Clerville, God heals someone. Like this lady, wearing a white scarf in the photo, who was healed from throat and neck pains. Another person was also healed. 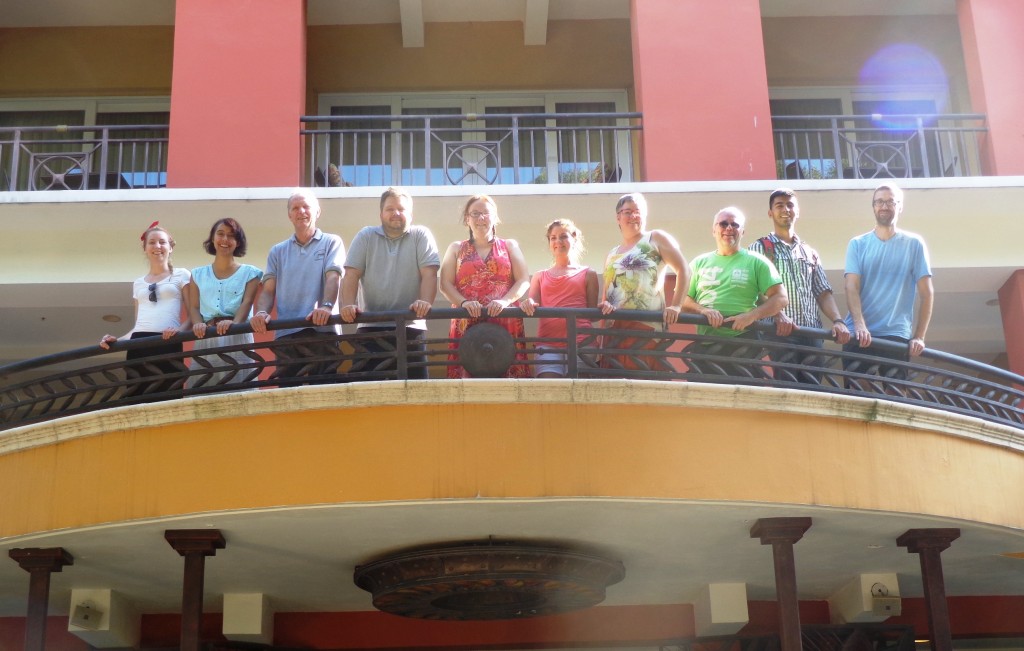 We are always amazed to see people who are ready to pay for a plane ticket and room and board to come build and paint some benches, school desks and tables for our dining area for a school in which they play no part.  A team from Carrefour Chrétien de la Capitale in Québec city and two people from a church in Granby, QC, came to work with us. 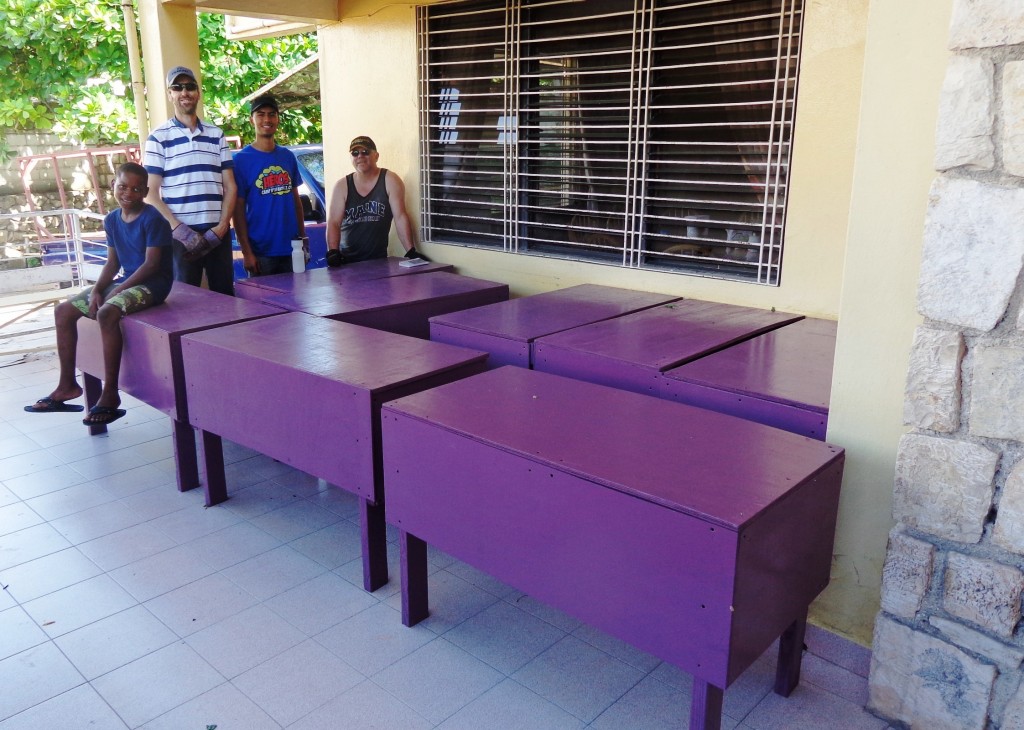 In one week, they built ten teacher’s desks. 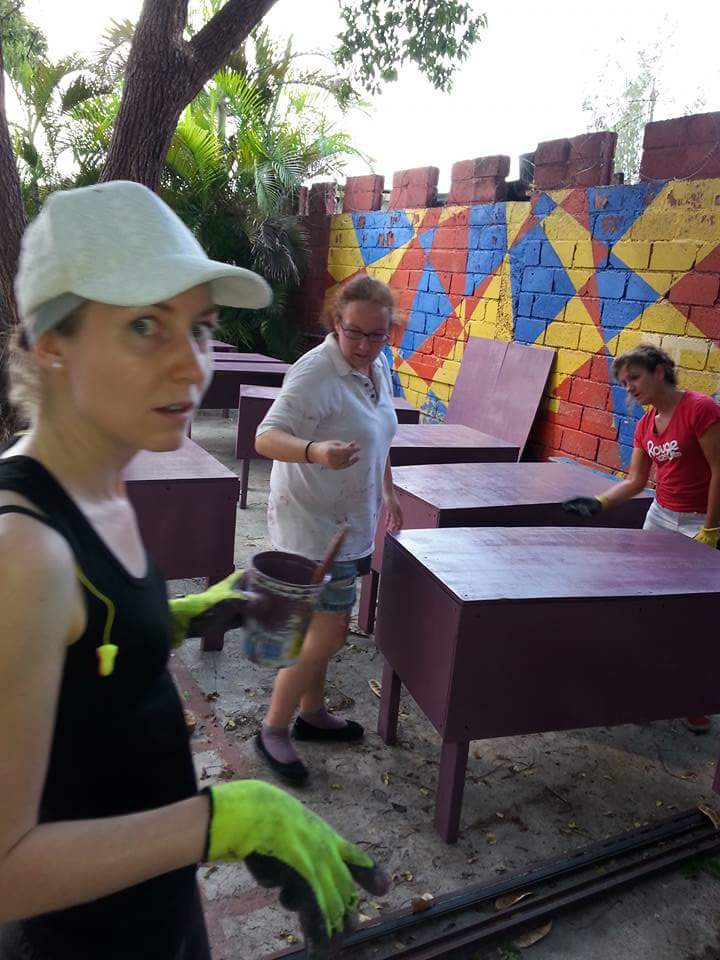 Sarah seemed to say: “Hopefully, the teachers will like them.” 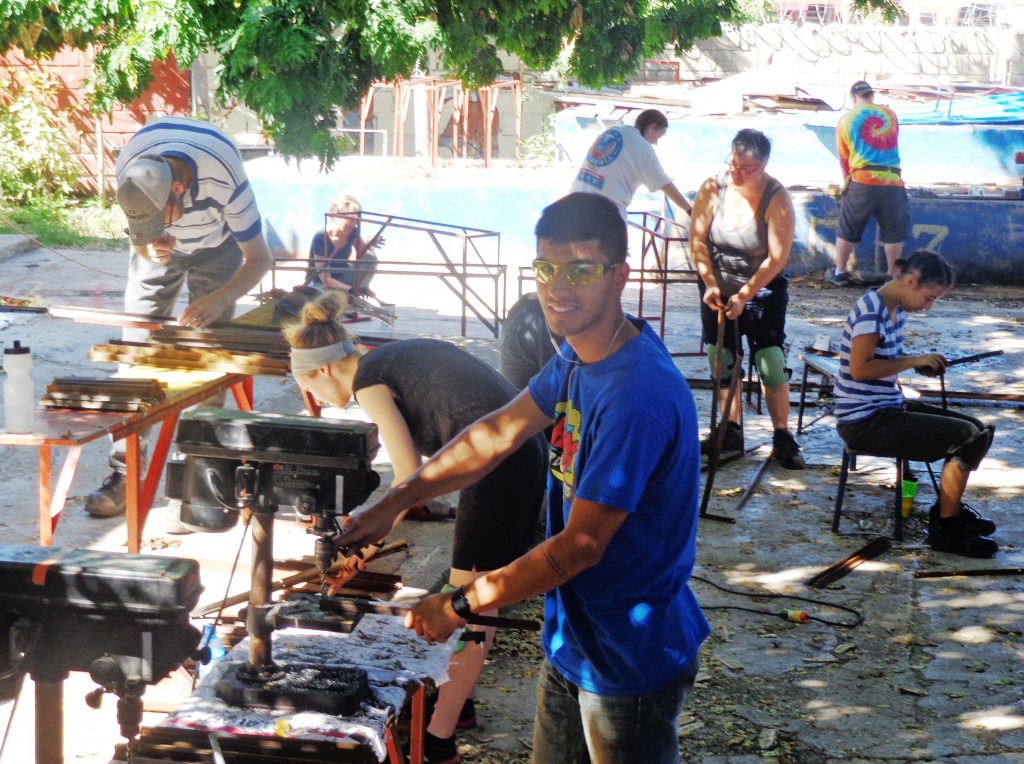 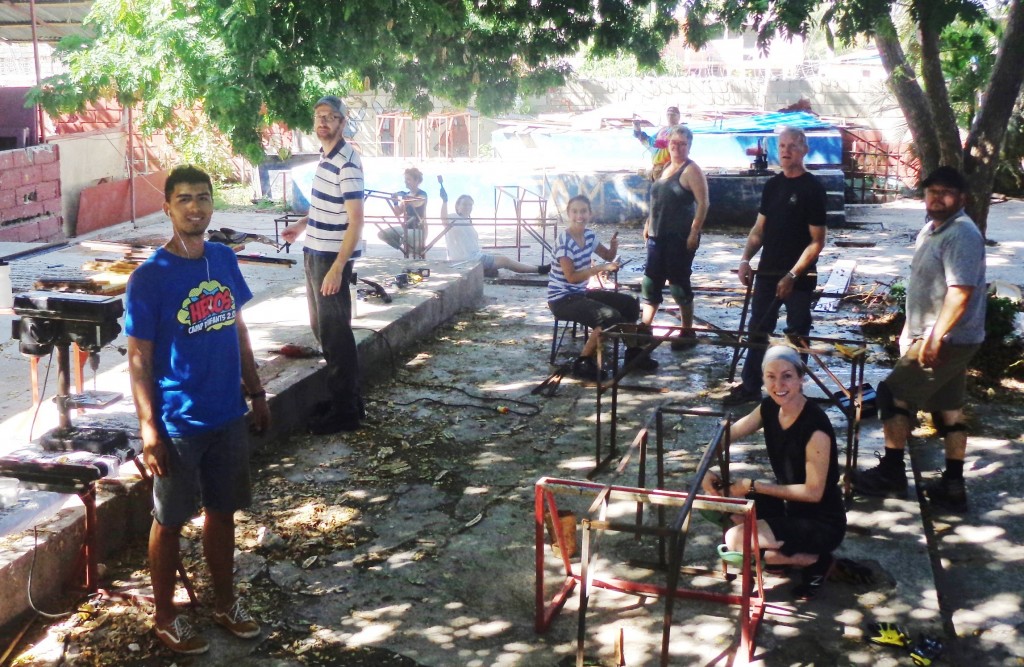 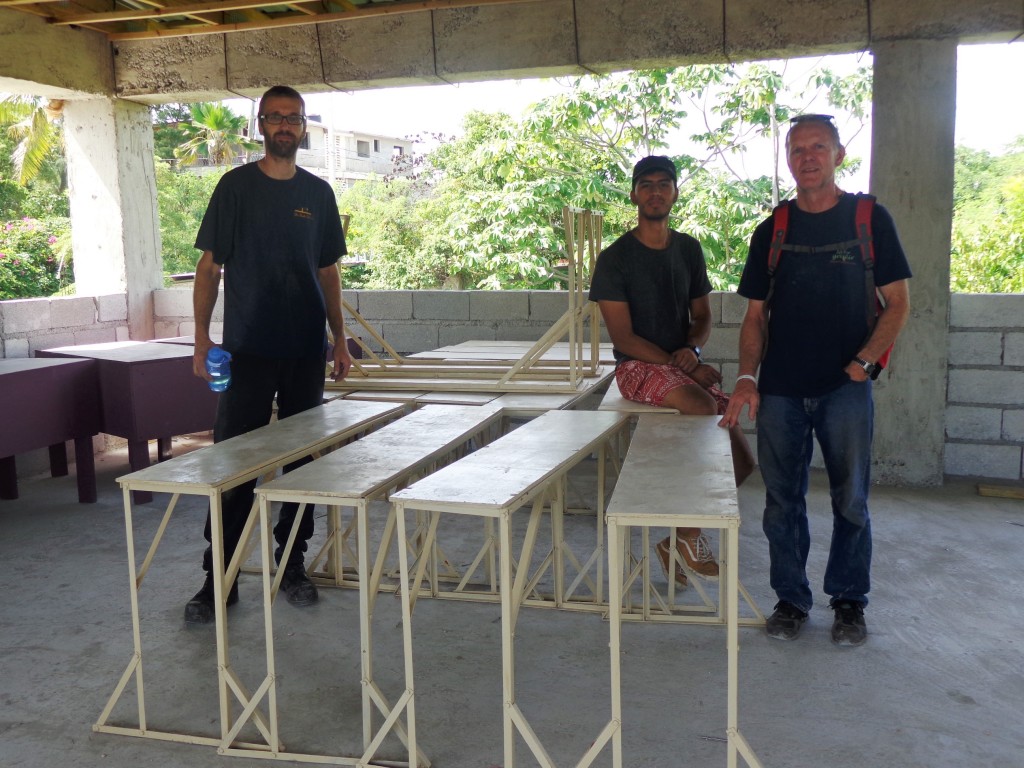 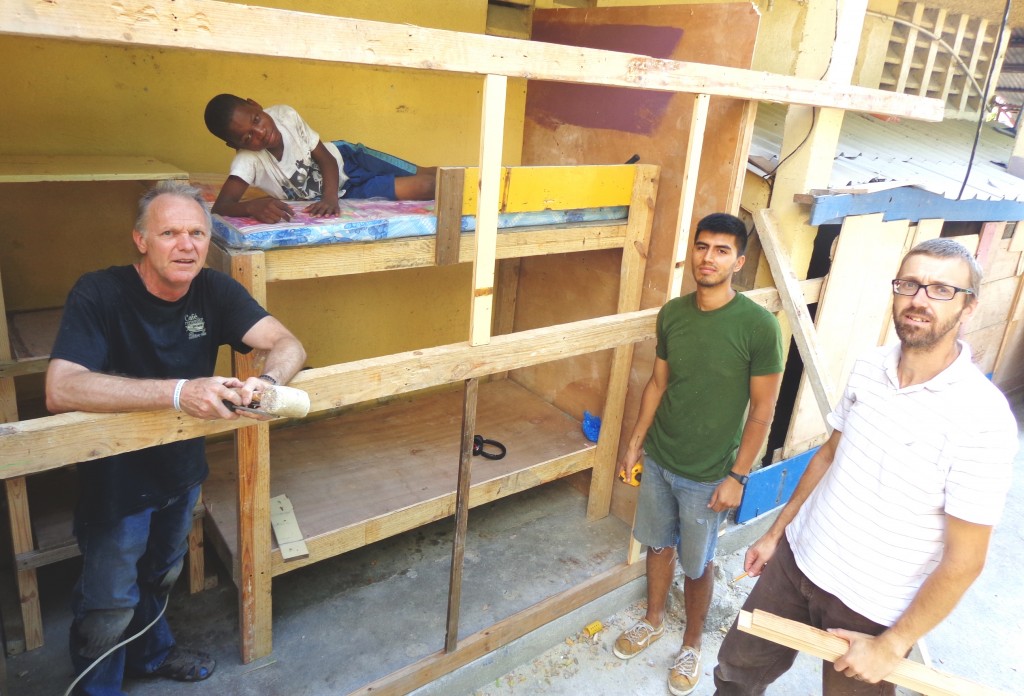 Three team members stayed for a second week. They renovated Asou and Orline’s condominium (!), they made more school desks and they fixed the church’s gutters. 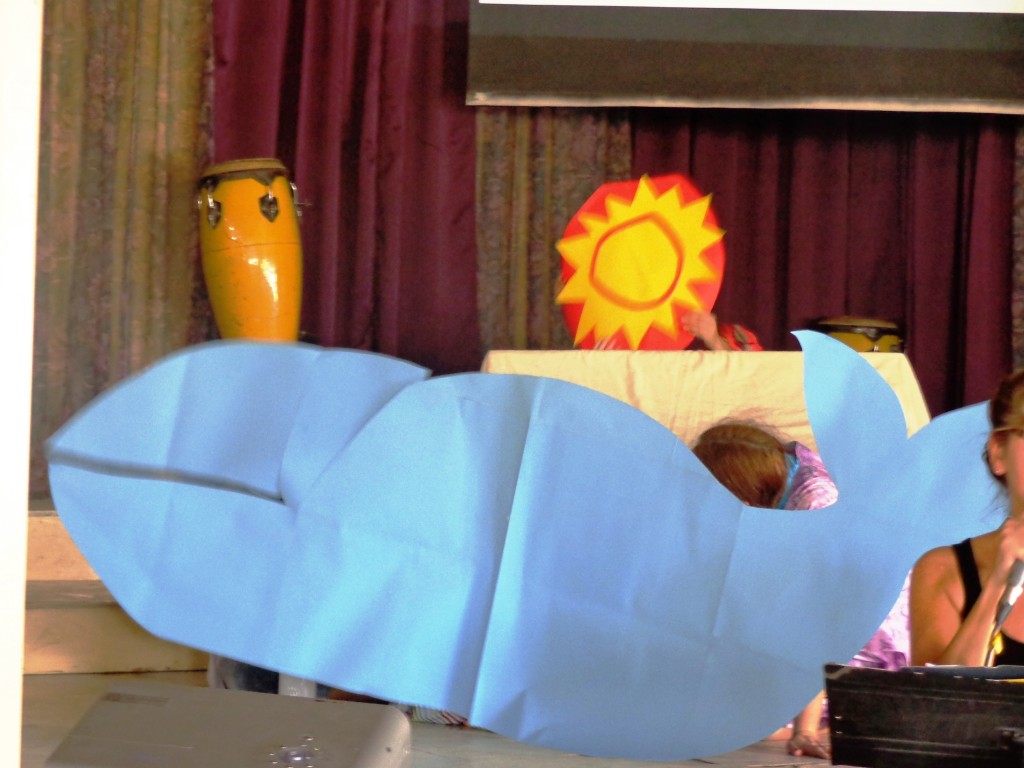 On Friday afternoon, they play acted Jonah who went to preach repentance to the people in Nineveh after having spent three days in a big fish. 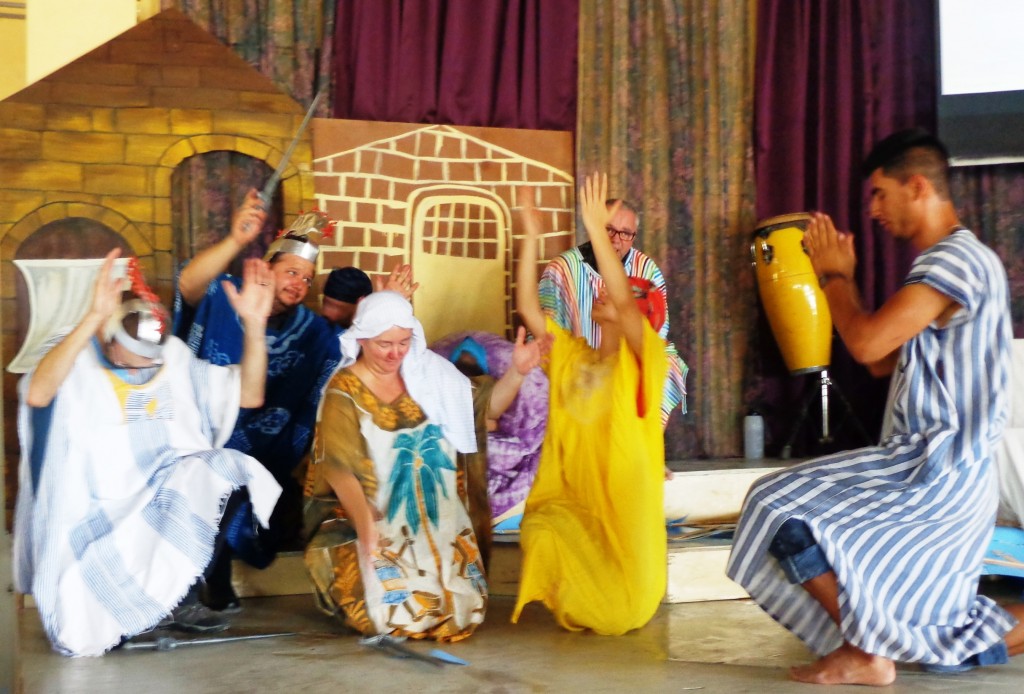 While on the earth, Jesus was very much criticized by both Jews and non-Christians. Even after having seen all the miracles He did, the majority, including his own brothers, did not believe He was the promised Savior (John 7, 5).  However, He brought salvation to all nations throughout the ages.  We must take courage and continue to serve Him because there is a great reward waiting for us.