A Wave Of Kidnappings Follows The Protests

A few days ago, I dreamed that I was locked in a cell with rusty iron bars. From my little window, I watched a few people pass by, but they never stopped for me. Then someone knocked on my door and I woke up. As I prayed, I understood that the Holy Spirit was telling me that nothing would happen to me. The protests have been replaced by an unprecedented wave of kidnappings. The police department is no longer giving figures. Sometimes hostages whose ransom has been paid are murdered, as it happened lately in a town in Haiti. The alleged kidnappers arrested by the police were then killed and burned by the population. Yesterday, while shopping, two police cars apprehended 8 or 9 young adults who were wiping the windows of passing cars and taking advantage of them to ransom them.

I would prefer to tell you stories of salvation, healing and deliverance. I am writing these things to ask you to pray for peace in Haiti and pray that a wave of salvations will follow the current wave. 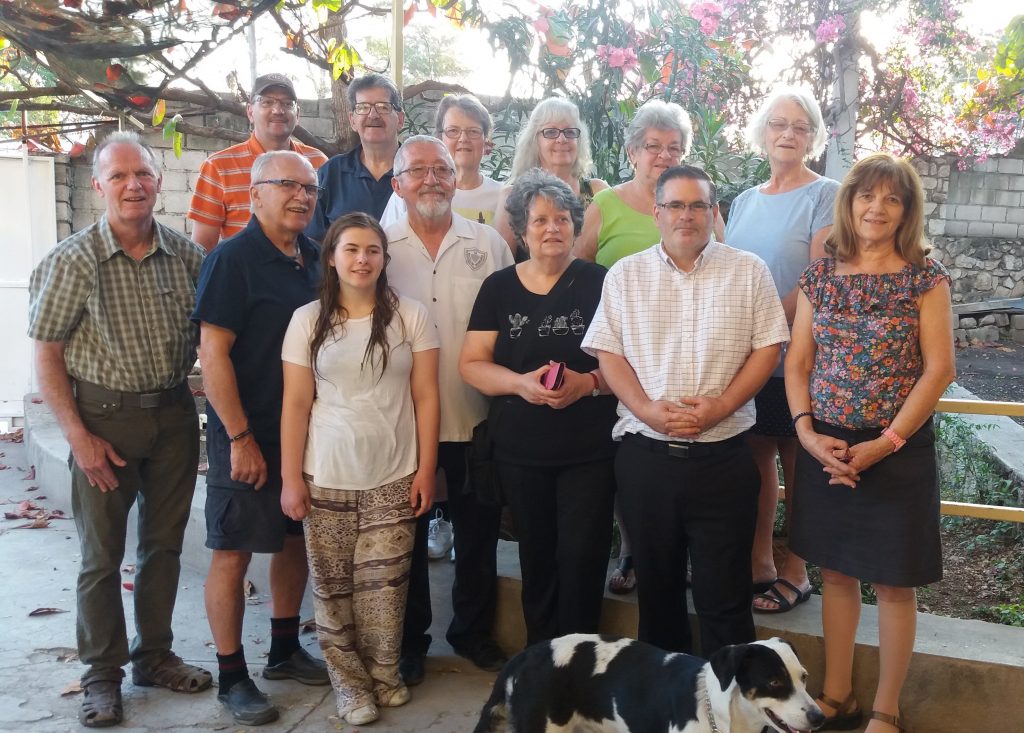 We were delighted to host a team from Ontario, Quebec and New Brunswick. 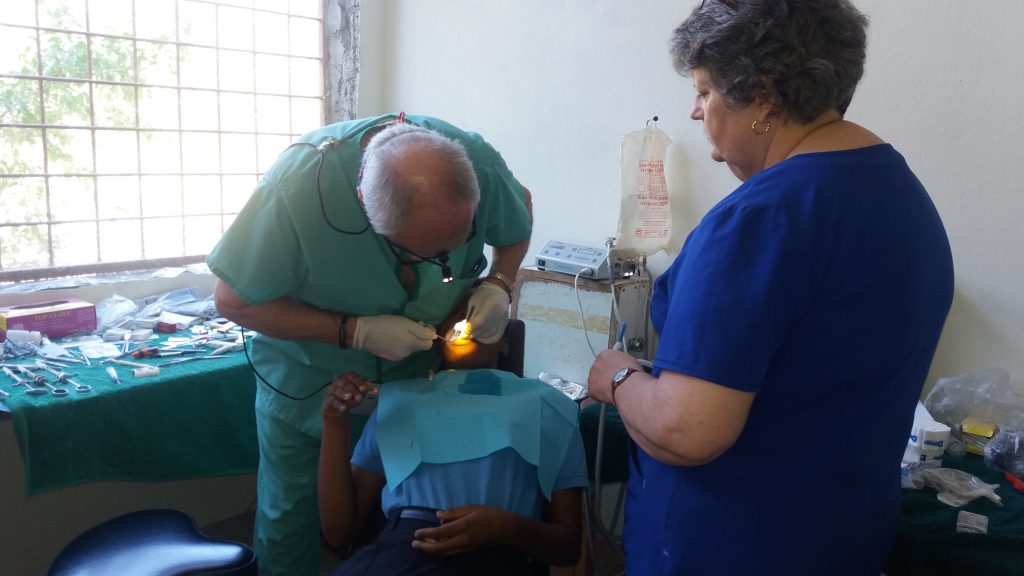 Dentist Jalbert, who is on his 25th trip to Haiti, made 468 fillings and 51 extractions in two weeks with the help of Linda Couturier, a retired nurse from Matane, QC. Five years ago, God healed Linda of phase 4 lung cancer. She did not receive any treatment, but God totally freed her from this terrible disease.  We give glory to God. 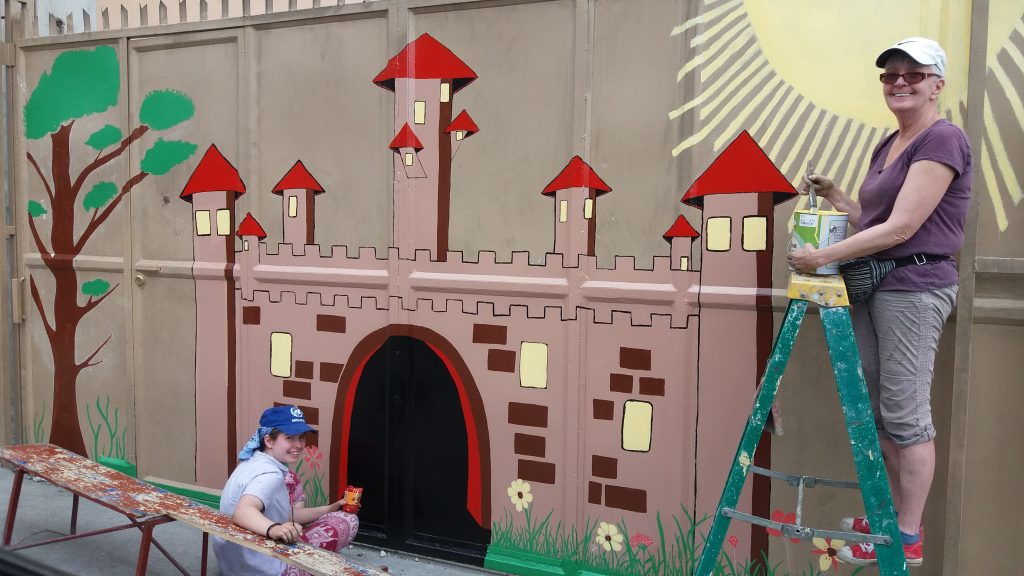 Cheryl, an artist from Ontario and Kyla, the pastor’s daughter, painted a castle  on the school’s gate in three days. 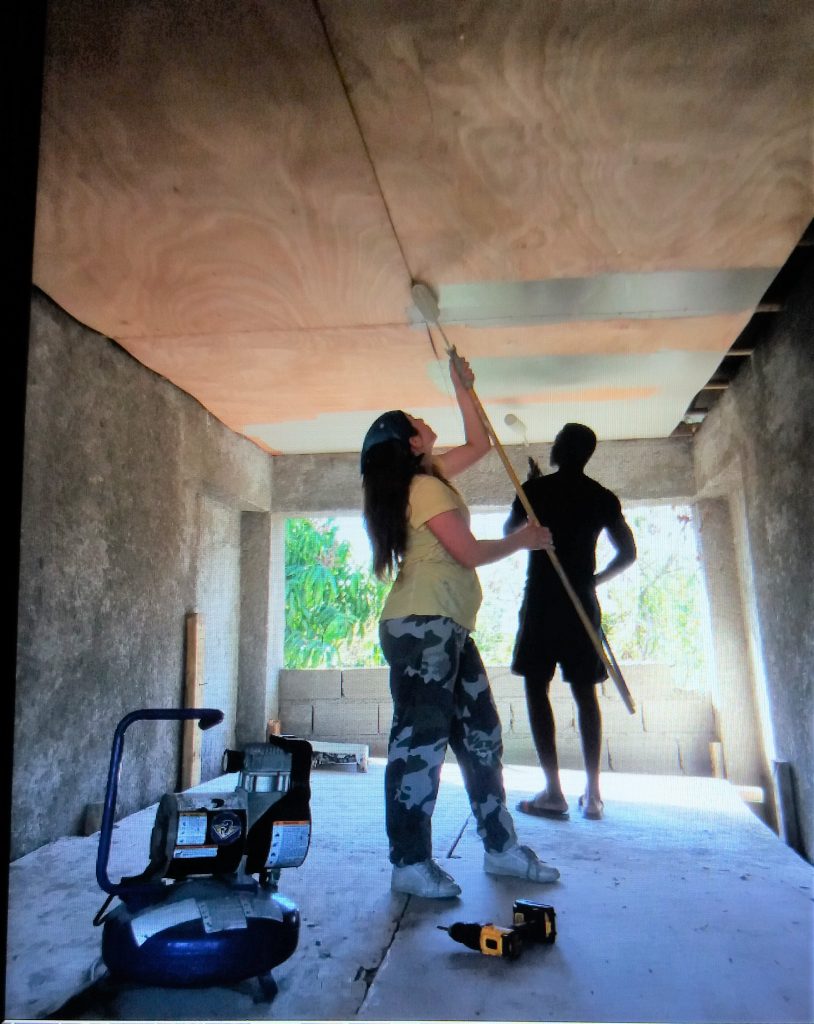 They also made and painted the 4-class ceilings on the 3rd floor.  When the sun was shining on the sheet metal, the heat became suffocating. 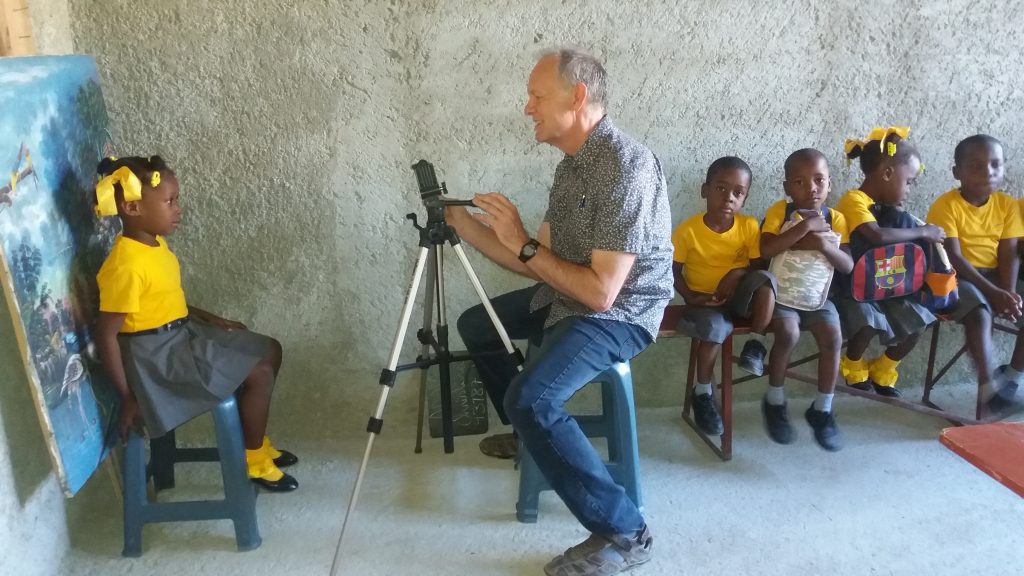 Jean-Guy from Quebec City has made numerous trips to Haiti. He is a biologist by training. He helps us a lot with photos and letters to sponsors. 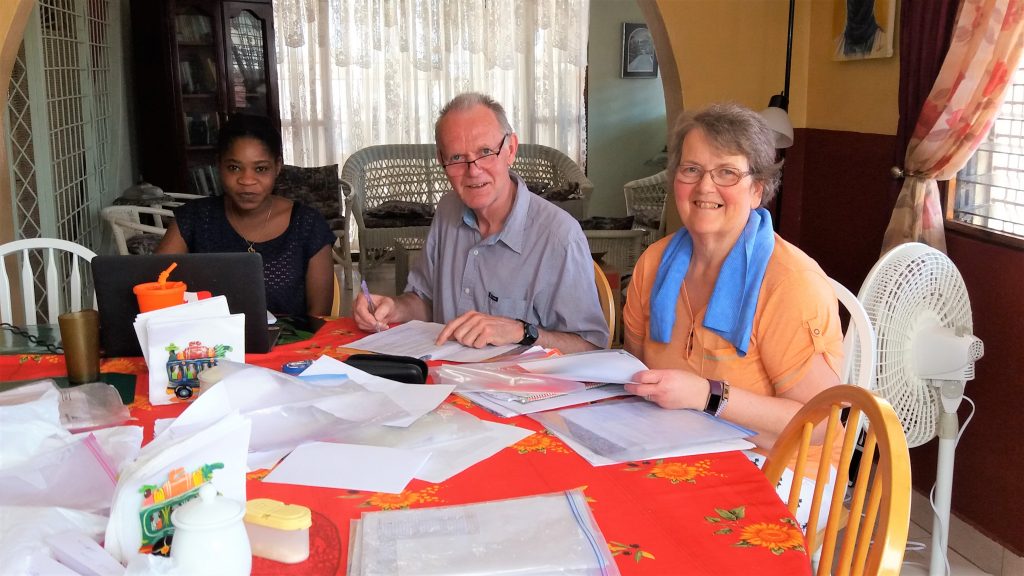 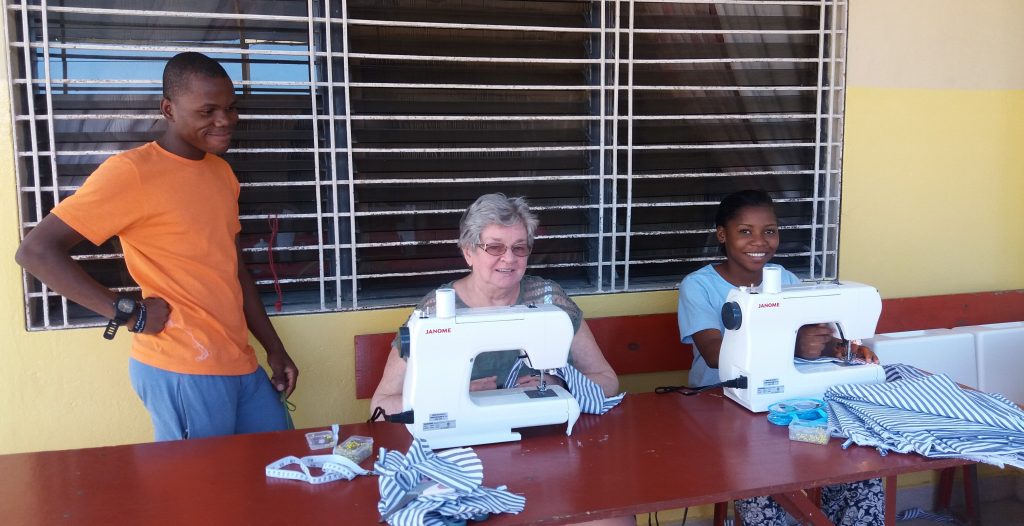 Dot and her sister Noreen have also made several trips to Haiti. We received eight sewing machines as gifts and Dot offered sewing classes to young people. 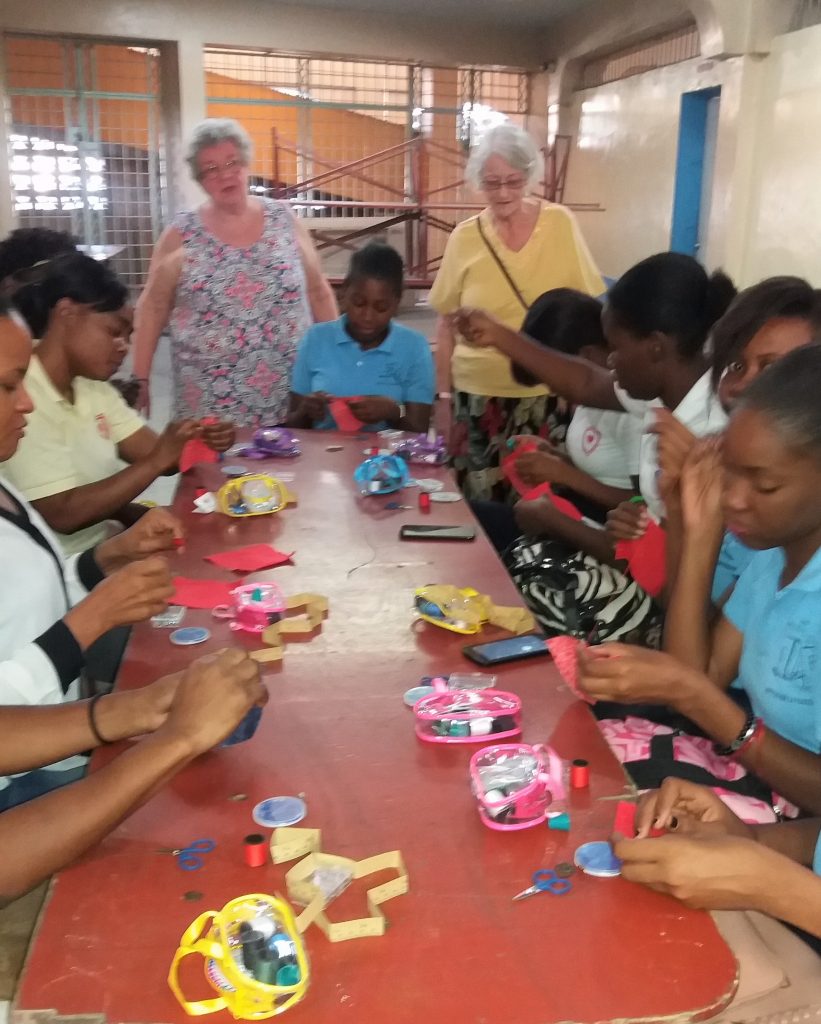 Dot and Noreen with a group of young adults. 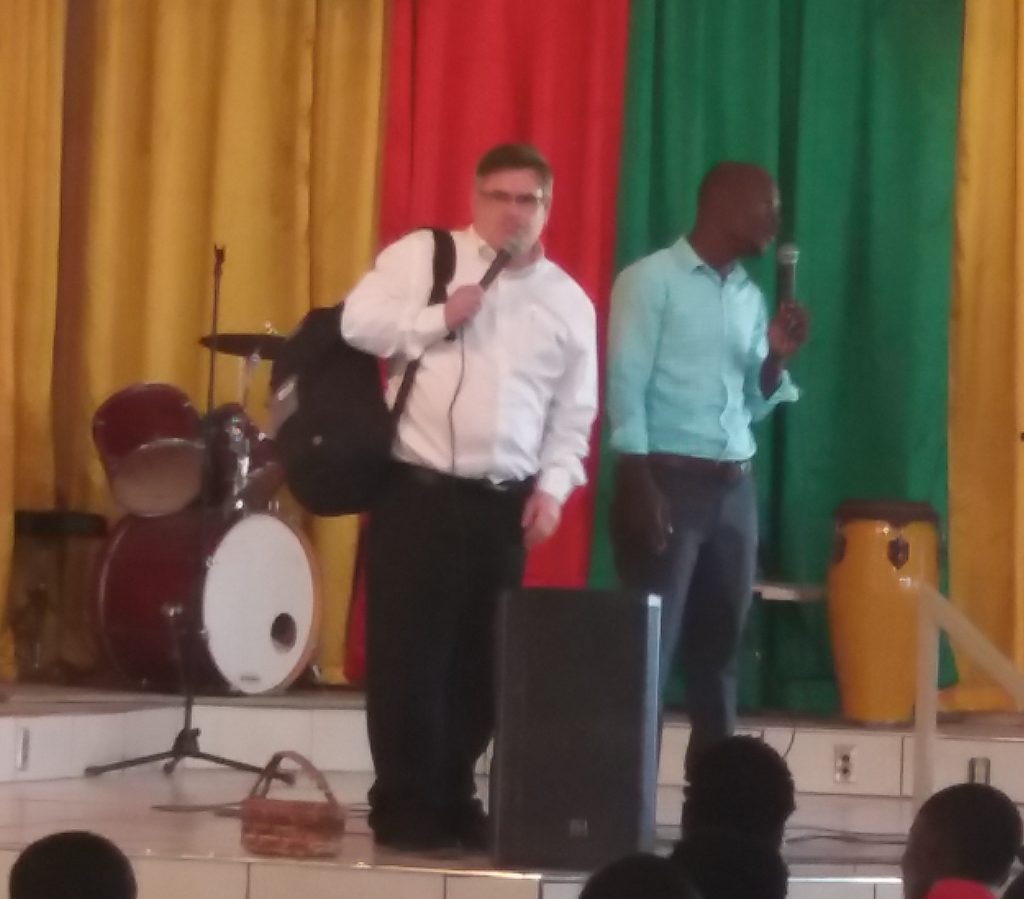 Pastor Peter of Manitouwadge, Ontario always has good illustrations in his messages. 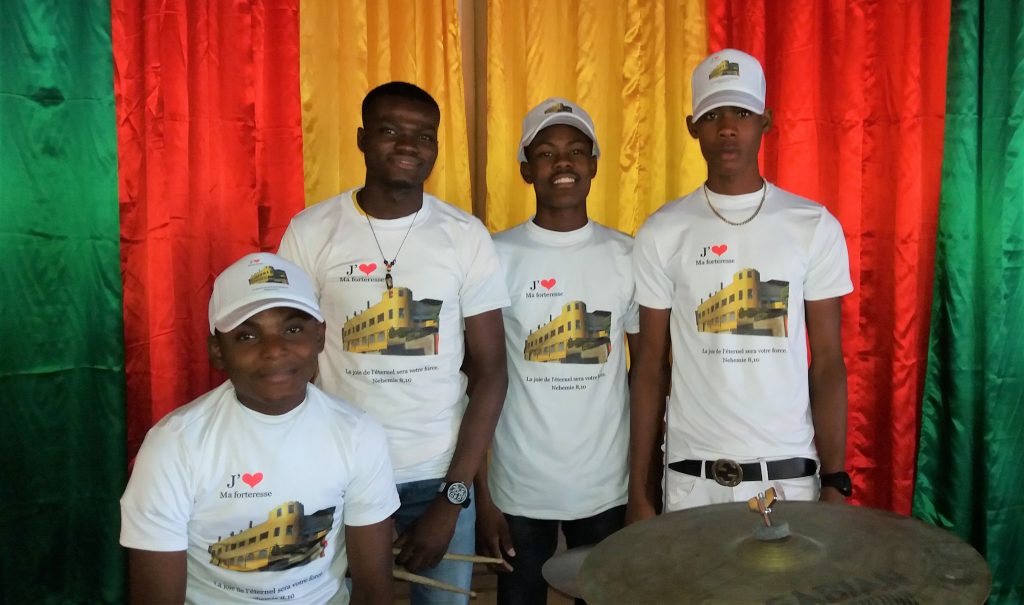 Our young people proudly wear the Fortress Church’s t-shirt. Pray that those who have a call to the ministry will answer the call.

Thank you for your prayers. Don’t hesitate to send us your prayer requests.

Exodus 14, 13; Moses answered the people, “Do not be afraid. Stand firm and you will see the deliverance the Lord will bring you today… 14 The Lord will fight for you; you need only to be still.”